– Idaho on Wednesday became the first state to enact a six-week abortion ban modeled on a Texas law that empowers private citizens to sue abortion providers.

The law, which is narrower than the Texas measure since it only allows relatives of the fetus to file lawsuits, is due to take effect in 30 days.

Idaho’s Republican Governor Brad Little said he was concerned the law might not withstand legal challenges.

“While I support the pro-life policy in this legislation, I fear the novel civil enforcement mechanism will in short order be proven both unconstitutional and unwise,” Little wrote in a letter to the state’s Senate president.

The law bans abortion before many women know they are pregnant and is modeled after Texas’ six-week abortion ban. That took effect on Sept. 1 and allows members of the general public to sue anyone who helps a woman get an abortion after six weeks of pregnancy.

The number of abortions in Texas dropped by some 60% within the first month after that law took effect, according to state health department data.

Little, who is up for re-election this year, also said the bill might have “unintended” harmful consequences for victims of sexual assault. Unlike Texas, the Idaho law allows exceptions for cases of rape or incest that are confirmed by police reports.

“We are committed to going to every length and exploring all our options to restore Idahoans’ right to abortion,” she said.

Related:  Homeless People Sue San Francisco For Taking Their Property, Kicking Them Out Of Public Spaces

The Supreme Court has signaled its willingness to allow a 15-week abortion ban to stand in Mississippi, which would undermine the 1973 Roe v. Wade ruling that established the right to have an abortion before a fetus is viable, typically around 24 weeks. A decision in the Mississippi case is expected this spring.

On Tuesday, Oklahoma’s House of Representatives passed a near-total abortion ban that also relies on civil litigation for enforcement. It will need to pass the Senate and receive the governor’s signature to be enacted.

The Biden administration criticized the Idaho law on Wednesday and asked Congress to codify abortion rights at the federal level to override such state measures.

“This development is devastating for women in Idaho, as it will further impede women’s access to health care, especially those on low incomes and living in rural communities,” White House Press Secretary Jen Psaki said in a statement. 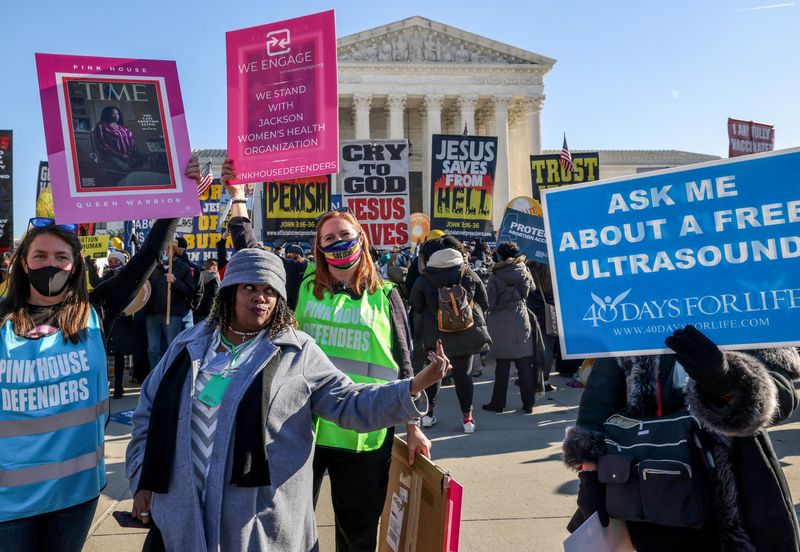