– New York Mayor Eric Adams is set to lift the city’s COVID-19 vaccine mandate for performers and professional athletes as early as this week, Politico reported on Wednesday, a rule that has come under growing criticism by local sports teams.

The mandate, imposed by former Mayor Bill de Blasio, is part of a larger order that all private-sector workers in New York City must show proof of vaccination, pro athletes included.

Politico reported that Adams was expected to lift those restrictions, among the harshest in the United States, during a news conference on Thursday.

The mayor’s office could not be reached immediately for comment.

Adams has kept the mandate in place despite complaints that the athletes could play in other cities and practice with their teams outside the city. Among the unvaccinated athletes at the center of the controversy has been New York Nets basketball star Kyrie Irving.

Representatives for the Nets could not immediately be reached for comment on Wednesday.

The rules could impact players in Major League Baseball (MLB), with Opening Day set for April 7 after a lockout forced a brief postponement. The New York Yankees’ home opener is April 7 while the New York Mets will welcome back fans on April 15.

Adams announced on Tuesday that masks would be optional for children aged 2-4 in school and daycare as of April 4, provided the city remains a “low-risk environment” with respect to COVID-19. At the time, he also said professional sports teams would have to be patient, saying that the city would evaluate its requirements “layer by layer.”

Related:  France could deliver up to 12 more Caesar howitzers to Ukraine -report 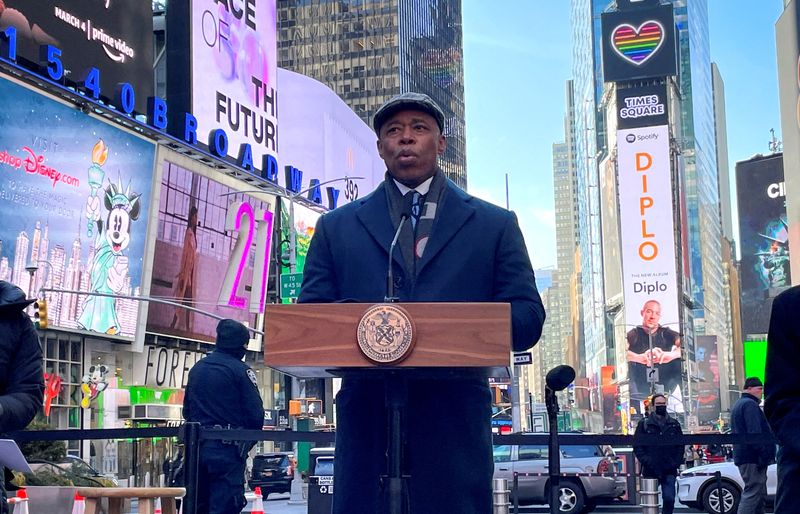