‘No Surprise’: Mayorkas Promised Border ‘Whipping’ Investigation Would Be Done ‘In Days, If Not Weeks,’ But It’s Been Six Months

‘No Surprise’: Mayorkas Promised Border ‘Whipping’ Investigation Would Be Done ‘In Days, If Not Weeks,’ But It’s Been Six Months

Six months after Department of Homeland Security (DHS) Secretary Alejandro Mayorkas promised to complete an investigation “in days, if not weeks” into horseback border agents in Del Rio, Texas allegedly “whipping” Haitian migrants in September, the department has no public update on the probe since a press release from November that was last updated in January.

The Sept. 19 incident occurred when thousands of Haitian migrants showed up outside of the small Texas border town, hoping to cross from Mexico into the U.S. The chaotic situation was seen in many images that circulated online and in the media that sparked accusations that the border agents on horses were whipping migrants.

What was initially perceived as whipping has been hotly debated by some reporters on the ground and experts, who said the agents appeared to use long reins to steer their horses and encircle the migrants as they came out of the Rio Grande River.

The last public update DHS provided on the probe was on Nov. 16, when it disclosed that the DHS Inspector General declined to conduct the investigation and it was handed over to CBP’s Office of Professional Responsibility. The release was last updated on Jan. 31.

US Border Patrol agents try to stop Haitian migrants entering an encampment on the banks of the Rio Grande in Del Rio, Texas.

Initially, Mayorkas acknowledged the use of long reins, but later backtracked and said he hadn’t seen the images at the time. Announcing that the agents were assigned to “administrative duties,” Mayorkas said on Sept. 22 that an investigation into what ensued would be completed “in days, if not weeks,” according to Fox News.

President of the National Border Patrol Council in the Del Rio sector Jon Anfinsen told the Daily Caller News Foundation that the union expected a slow investigation, despite Mayorkas’ promise. 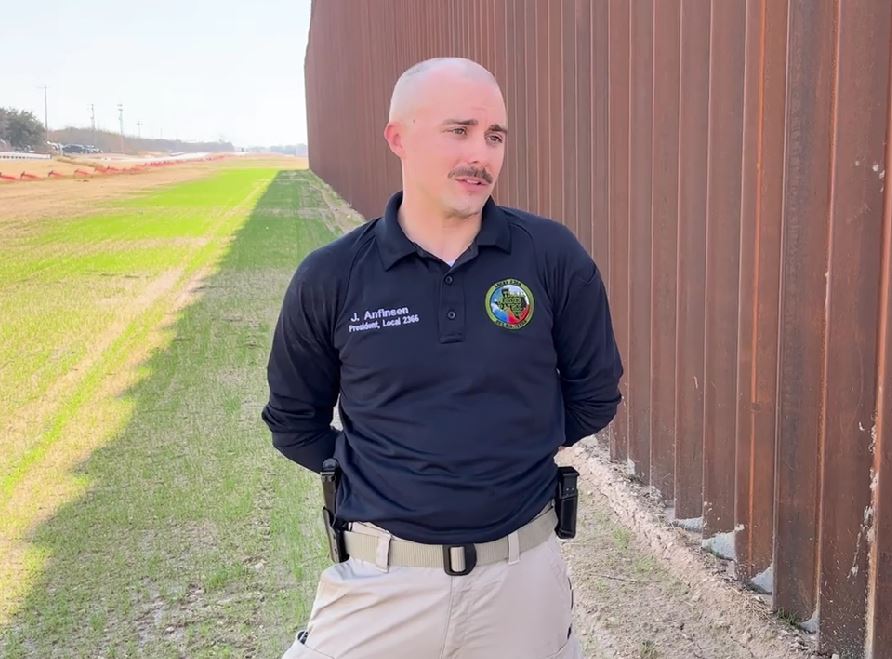 “The average CBP internal investigation is typically punishingly show, so it’s no surprise to the NBPC that it’s been six months without a result,” Anfinsen said. “We were surprised, however, that Secretary Mayorkas thought it could be done in days and not weeks, when the agency has demonstrated that is an impossible task.”

President Joe Biden pledged on Sept. 24 that the agents involved would “pay” and that they would face “consequences,” but Anfinsen criticized such statements for compromising the objectivity of the investigation.

“We continue to believe the horse patrol agents did nothing wrong, but it’s hard for the investigation to be objective when senior leadership and the White House determined from the beginning that the agents were guilty,” he added.


While the horse patrol unit returned to the field long ago, there are some agents who remain on desk duties, according to Anfinsen.

CBP and the White House didn’t respond to multiple requests for comment.