HELSINKI – The initial impact of the European Union’s sanctions against Moscow following its invasion of Ukraine has led to a greater drop in trade between Finland and Russia than when the Soviet Union collapsed in 1991, Finland’s Customs said on Wednesday.

Finnish Customs recorded a roughly 60% drop in both imports from Russia and exports from Finland to Russia in the last two weeks compared with the previous two weeks before the EU began to impose sanctions, Director of Statistics at Finnish Customs Olli-Pekka Penttila told Reuters.

“In the 1990s there were no sanctions, payment transactions functioned and there were no reputational risks (for companies). Now all these three are reality and it means that the impact is certainly bigger than it was in the 1990s,” Penttila said.

She said financial sanctions were having a greater impact than export sanctions, with the biggest impact resulting from reputational risks as Western companies withdraw voluntarily from Russia to avoid being reprimanded by clients for staying.

The greatest drops have been in goods under sanctions, such as machinery, equipment and electric appliances, but even trade in goods theoretically unaffected, including paper, cardboard and energy products, has also dwindled, the data showed.

EU sanctions against iron and steel imports will also have an impact but took effect only last week, meaning their full extent had yet to show up in the data.

Traded volumes are likely to keep falling as Russian imports continuing under long-term contracts will end. In addition, the EU could add more sanctions if the war drags on. 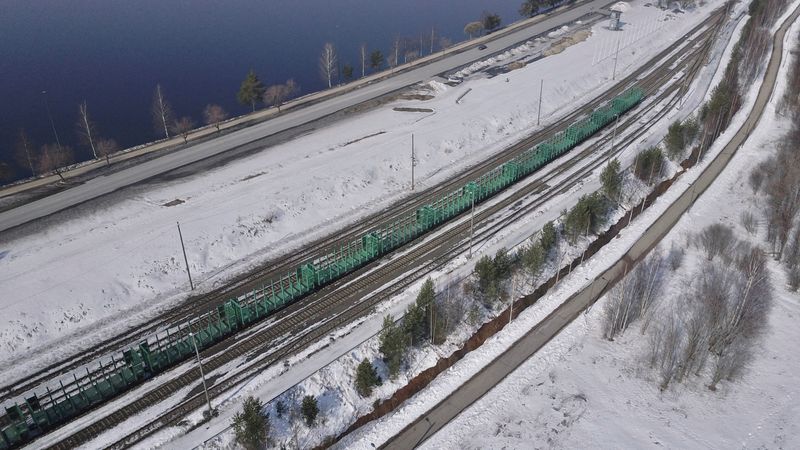