– U.S. Supreme Court nominee Ketanji Brown Jackson on Wednesday said that if confirmed to the lifetime job she would recuse herself from a major upcoming case challenging the race-conscious admissions policy Harvard University uses to increase its number of Black and Hispanic students.

Jackson, President Joe Biden’s nominee to become the first Black woman to serve on the high court, made the comment during the third day of her Senate Judiciary Committee confirmation hearing. Jackson is a Harvard graduate and a current member of the Ivy League school’s Board of Overseers.

“If you’re confirmed, do you intend to recuse from this lawsuit?” asked Republican Senator Ted Cruz, who attended Harvard Law School at the same time as Jackson.

“That is my plan, senator,” Jackson responded.

The justices in January agreed to hear that case and a related one involving the University of North Carolina at Chapel Hill, giving the court’s 6-3 conservative majority a chance to end affirmative action policies used for decades in student admissions to try to achieve diverse student enrollment.

The dispute will be heard in the court’s next term, which begins in October.

The justices agreed to hear appeals by a group called Students for Fair Admissions, founded by anti-affirmative action activist Edward Blum, of lower court rulings that upheld the race-conscious admissions policies of both schools.

The lawsuit against Harvard accused it of discriminating against Asian-American undergraduate applicants.


Jackson during her Senate testimony did not mention the North Carolina case, leaving the door open to her possible participation in that case. UNC is a public university that Blum’s group has accused of discriminating against white and Asian American applicants.

Jackson earned both her undergraduate and law degrees from Harvard. Her term on Harvard’s Board of Overseers is set to end in late May.

Blum and a Harvard spokesperson declined to comment on Jackson’s recusal.

(Reporting by Nate Raymond in Boston; Additional reporting by Andrew Chung and Lawrence Hurley; Editing by Will Dunham) 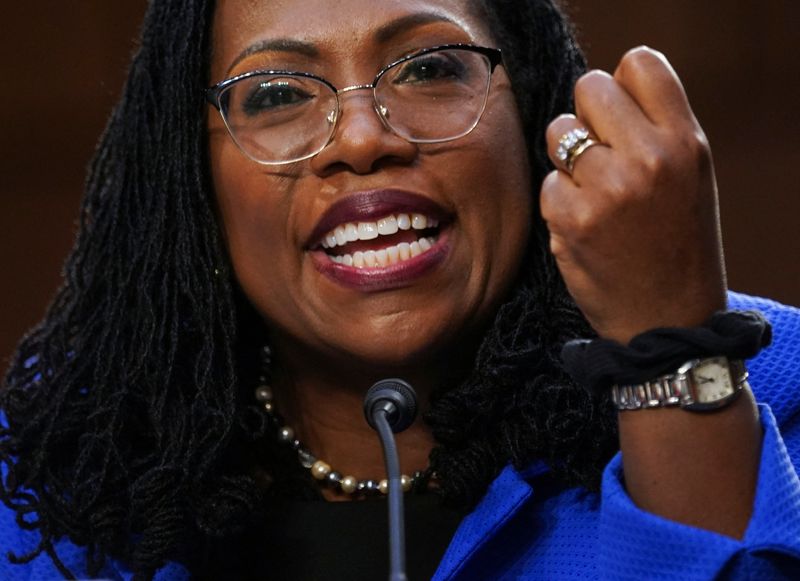