WASHINGTON – The White House will announce on Wednesday a funding opportunity of $2.9 billion earmarked by the Transportation Department for major infrastructure projects this year, as part of a $1-trillion law Congress approved in 2021.

U.S. Transportation Secretary Pete Buttigieg and White House Infrastructure Coordinator Mitch Landrieu will unveil the plans at an event held at a major bridge linking the U.S. capital of Washington with Arlington, Virginia.

The grant funding offers “a once-in-a-generation opportunity to fix our outdated infrastructure and invest in major projects for the future of our economy,” Buttigieg said. Applications are due by May 23.

The figure includes $1 billion for projects of national or regional significance that are too large or complex for traditional funding programs, which Buttigieg described as the “cathedrals of our infrastructure.”

The department also plans to award $300 million for rural projects and $1.55 billion for other highway, multimodal freight and rail projects.

A potential funding recipient is a $12.3-billion project that aims to build a new tunnel between New York City and New Jersey and reconstruct an existing one.

Buttigieg said he expected the project to apply for funding but it would face review, like all the rest. On a visit to the existing tunnel, Buttigieg added, he saw a “sense of urgency around those much needed upgrades.”


The Hudson Tunnel Project is a key component of the Gateway Program, a major project to overhaul much of the aging rail infrastructure in the New York City area.

The New York City-area rail tunnel, which opened in 1910, was damaged in 2012 when Superstorm Sandy flooded parts of the city. 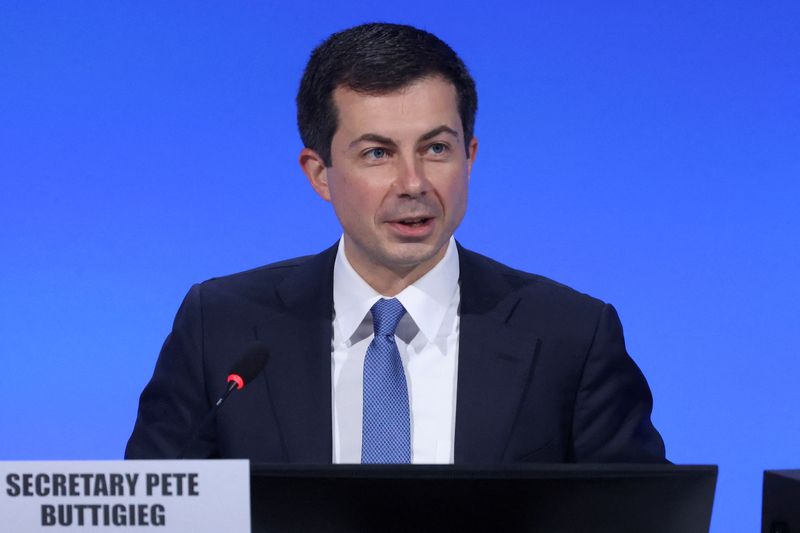