-China’s JD Logistics priced new shares issued on Friday in a $1.1 billion capital increase at a steep discount to their previous close, triggering a slump in its stock early in the Kong Kong trading session.

The deal consisted of a placement of about $700 million worth of shares to its parent company JD.com, and about $400 million in a primary share sale, according to filings on Thursday.

It was the first follow-on share sale in Hong Kong since Feb. 21, and the biggest since Sunac China carried out a $580 milllion top-up placement in early January.

It was also the third-largest follow-on deal in Asia and fifth globally this year, according to Refinitiv data.

The share sale came despite ongoing volatility in regional equities markets, with Hong Kong’s Hang Seng Index down 6.5% this year.

The top 15 investors who bid during the bookbuild were allocated 80% of the stock that was on offer, according to a source with direct knowledge of the matter, who declined to be identified because he was not authorised to discuss the deal.

JD.com did not immediately respond to a request for comment on the deal’s composition.

JD Logistics said it would use the money raised to help fund potential acquisitions and build up its cash reserves.

(Reporting by Scott Murdoch in Sydney and Indranil Sarkar in Bengaluru; Editing by Lincoln Feast and Kenneth Maxwell) 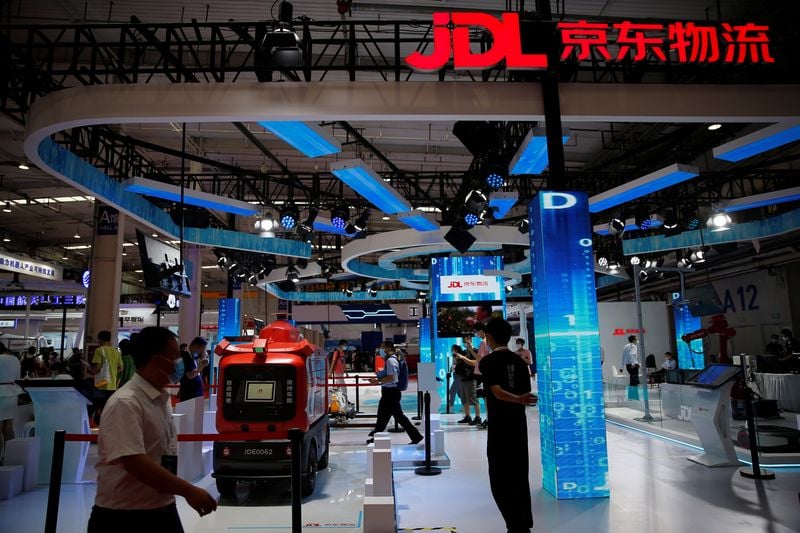