ANKARA – Turkish President Tayyip Erdogan said on Thursday that Kyiv and Moscow were in agreement on technical issues at peace talks, but that the sides remained at odds over territorial matters such as Crimea.

Speaking to reporters in Brussels following a NATO summit, Erdogan said the resolutions adopted by the alliance should not be perceived as a threat to Russia or any third country, but that they should be viewed as deterrance.

NATO member Turkey shares a martime border with Ukraine and Russia in the Black Sea, has good ties with both and has offered to mediate the conflict. Erdogan said Turkey’s main goal as part of its mediation efforts was to bring together the Ukrainian and Russian presidents for talks.

Erdogan added he had told allies the need to stop embargoes on Turkey’s defence sector, which was hit with U.S. sanctions in 2020 over Ankara’s purchase of Russian S-400 defence systems. 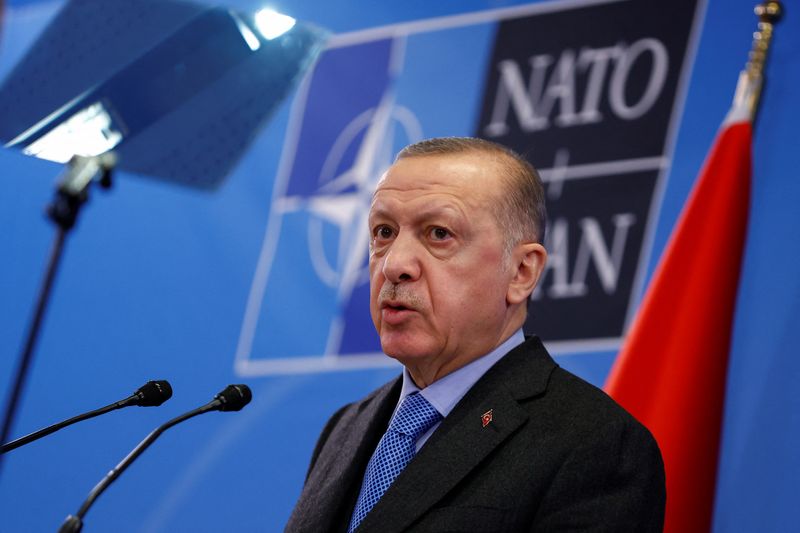