WASHINGTON – Legislation removing “most favored nation” trade status for Russia over the invasion of Ukraine was delayed in the U.S. Senate at least until next week, after some Republicans raised concerns that its human rights provisions might be too broad.

The bill was blocked despite lawmakers’ insistence that they wanted to show a united front in supporting the government in Kyiv, a month after Russia launched an invasion of Ukraine.

It is expected to pass next week, although the delay stymied efforts by President Joe Biden’s fellow Democrats to pass it in time for his meetings on Thursday with allies in Europe.

Democratic Majority Leader Chuck Schumer asked for unanimous consent to quickly approve the measure, which was overwhelmingly passed by the House of Representatives a week earlier. The bill would remove Permanent Normal Trade Relations (PNTR) status for Russia and its ally Belarus, paving the way for higher tariffs on imports from the two countries.

Republican Senator Rand Paul refused to allow a vote on Thursday, which under Senate rules delayed the matter at least until next week.

Paul said he was concerned that an expansion of the Global Magnitsky Human Rights Accountability Act included in the PNTR measure – which has the act address “serious” rights violations rather than “gross” ones – might give too much power to the president.

Senator Mike Crapo, the top Republican on the Finance Committee, which handles trade matters, had objected to a quick vote earlier this week because he – and some other Republicans – wanted it to include a ban on imports of Russian oil and gas. Democrats and Republicans overcame that issue by agreeing to a separate vote on an energy bill, also expected next week.

The trade bill passed the House by a 424-to-8 last week. It passed the energy bill on March 9.


(Reporting by Patricia Zengerle in Washington; Editing by Matthew Lewis) 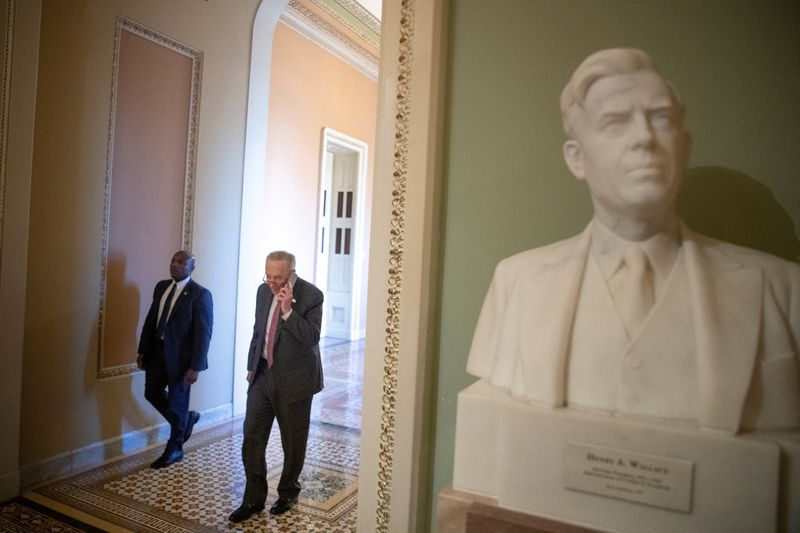