By Vera Eckert and Markus Wacket

BERLIN – The Bundestag lower house on Friday approved legislation requiring Germany’s privately-operated gas storage facilities to be full at the start of the next winter, to try to avert shortages in the event of a halt in Russian gas imports.

The law requires facilities to be 65% full by Aug. 1, 80% full by October, when the heating season and the gas season for utilities and traders starts, and 90% by November.

Germany’s gas market trading hub, Trading Hub Europe (THE), which is overseen by the country’s energy regulator, will be responsible for ensuring the thresholds are met by issuing tenders for traders.

The law allows THE to purchase gas via tenders using state funds in case of an emergency.

Chancellor Olaf Scholz’s government has been acting to cut Germany’s exposure to Russian energy imports after President Vladimir Putin began what he has called a “special military operation” in Ukraine on Feb. 24. Kyiv and the West say Putin launched an unprovoked war.

The law aligns with coordination at European Union level for member states to build up stocks and buy more gas from third countries.

In the four weeks since the invasion, Germany reduced its gas imports from Russia to 40% from 55%, Economy Minister Robert Habeck said on Friday.


Energy prices in Europe hit records even before the invasion. European countries accused the Kremlin of deliberately reducing the volumes of gas delivered through pipelines to historically low levels. Russia denied this and said it had met contractual demands.

In Germany, a third of gas storage belongs to Russia’s Gazprom, whose facilities in Germany had lower levels of stored gas this winter than those operated by other companies.

If there is a risk of shortage, the law allows the national energy hub to use facilities that are empty or below the stipulated filling levels to store its own gas purchases.

Operators have criticised the plans, saying they interfere with the market and price signals. 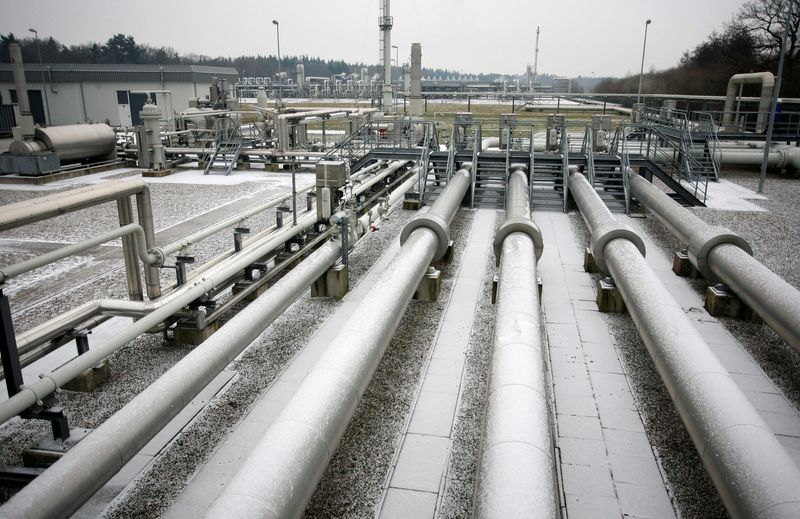