NEW YORK – The S&P 500 ended higher on Friday as financial shares rose after the benchmark Treasury yield jumped to its highest level in nearly three years.

The Nasdaq ended lower, and tech and other big growth names mostly declined, but they finished off session lows following a late-session rally.

The S&P 500 financials sector gave the S&P 500 its biggest boost on Friday, rising 1.3%, while technology and consumer discretionary sectors were the only two major sectors to end lower on the day.

Investors are assessing how aggressive the Federal Reserve will be as it tightens policy after Fed Chair Jerome Powell this week said that the central bank needed to move “expeditiously” to combat high inflation and raised the possibility of a 50-basis-point hike in rates in May.

U.S. Treasury yields jumped on Friday, with the benchmark 10-year note surging to nearly three-year highs, as the market grappled with high inflation and a Federal Reserve that could easily spark a downturn as it aggressively tightens policy.

The equity market is pricing in a higher rate environment, said Keith Buchanan, portfolio manager at Globalt Investments in Atlanta.

That is causing bank stocks to outperform, while “adding more pressure to the riskier elements of the market,” such as growth shares, he said.

Moscow signaled on Friday it was scaling back its ambitions in Ukraine to focus on territory claimed by Russian-backed separatists.

Economists at Citibank are expecting four 50 basis points interest rate hikes from the Fed this year, joining other Wall Street banks in forecasting an aggressive tightening path against the backdrop of soaring inflation.

Volume on U.S. exchanges was 11.92 billion shares, compared with the 14.28 billion average for the full session over the last 20 trading days.

Advancing issues outnumbered declining ones on the NYSE by a 1.08-to-1 ratio; on Nasdaq, a 1.40-to-1 ratio favored decliners. 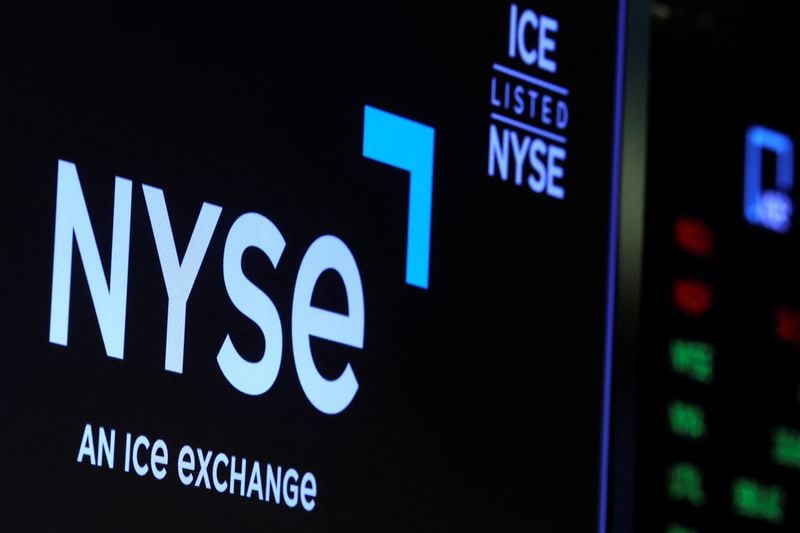