JOHANNESBURG – The African Development Bank (AfDB) is aiming to raise $1 billion to rapidly ramp up agricultural production in Africa and stave off a potential food crisis brought on by Russia’s invasion of Ukraine, its president told Reuters on Friday.

But the war, which has sent commodities prices soaring, is also an opportunity for the continent to position itself as a natural gas supplier for Europe and a refuge for investors fleeing Russia.

During the coronavirus pandemic, Africa has not seen infection rates and deaths on the same levels as many more developed regions. Its economies, however, have been battered and its rebound has proven sluggish.

Like much of the world, African nations are staring at rapidly rising consumer prices, with the war in Ukraine endangering global wheat and corn supplies and sending fuel prices soaring.

“Already, coming out of COVID we have 24 million people that are falling further into extreme poverty, and that’s going to worsen the situation,” Akinwumi Adesina said in an interview.

To avoid a food crisis, he said the AfDB was planning to launch an emergency food production plan that would focus on rapidly boosting wheat, maize, rice and soybean output on the continent.

“The plan is to produce roughly 30 million metric tonnes of food and to get technology into the hands of 20 million farmers. So you’re looking at big scale with small-holder farmers,” he said.

The International Monetary Fund (IMF) had already voiced its support to help implement the plan, which will produce food staples worth $12 billion, Adesina said.

“When COVID struck, we were not ready. But this time, we’re fully ready,” he said.

While Adesina decried the war’s impact on Ukraine and its people, he recognised that the conflict and the geopolitical shifts it has sparked could play to Africa’s favour in some areas.

“The biggest challenge Europe has is securing its energy supply,” he said. “Europe needs to look, and it’s looking, for alternative supplies of gas. Africa can be that place.”

Africa boasts a host of major oil and gas producers, including Algeria, Nigeria and Angola.

And new offshore gas discoveries – the viability of which had been questioned due to the global shift to renewables – could now become critical to Europe’s energy security as it weans itself off Russian supplies.


“There are a lot of investors that are going to be diversifying out of Russia, of course … That’s a real opportunity, I think, for Africa at this point in time.” 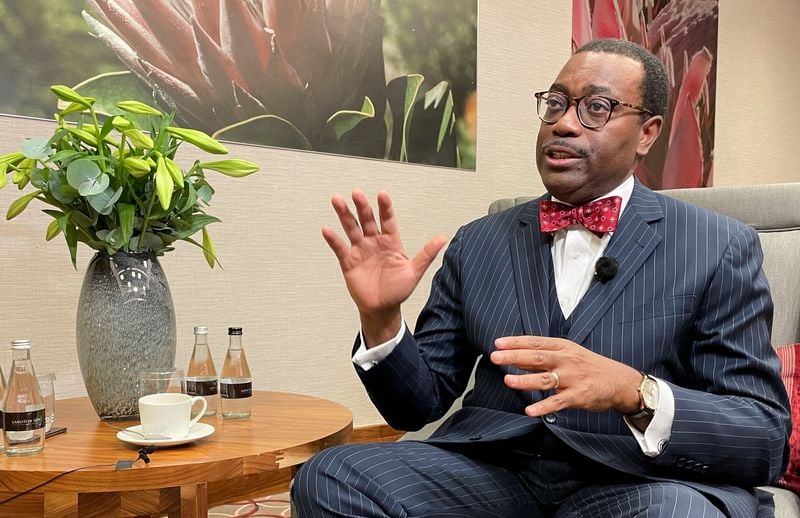