VATICAN CITY (Reuters) – Canadian indigenous peoples meet Pope Francis this week to ask him to apologise for the Catholic Church’s role in residential schools where children were abused and their culture denied.

More than 30 indigenous elders, residential schools survivors and young people will meet him several times at the Vatican between Monday and Friday in what Canada’s Catholic Church has called a process of healing and reconciliation.

“We expect that these private encounters will allow the Holy Father to meaningfully address both the ongoing trauma and legacy of suffering faced by Indigenous Peoples to this day,” Canada’s bishops said in a statement.

The meetings would also focus on “the role of the Catholic Church in the residential school system, which contributed to the suppression of indigenous languages, culture and spirituality,” it said.

The recurring schools scandal broke out again last year with the discovery of the remains of 215 children at the former Indian Residential School in Kamloops in the Western Canadian province of British Columbia.

The discovery at the school, which closed in 1978, reopened old wounds and brought new demands for accountability. Hundreds more unmarked burial sites have been found since.

“This is something that is an important step,” said Gerald Antoine, chief of the Dene people and regional chief of the Assembly of First Nations, said of the meetings.

He told a news conference in Canada that the delegates would ask the pope “to visit our family and to apologise. I think this is an issue which is long overdue.”

Canadian Prime Minister Justin Trudeau has asked Francis to make an apology during a visit to Canada.

Last October, Francis accepted an invitation from the Canadian bishops. Vatican sources say he likely will go this summer.

The stated aim of the schools was to assimilate indigenous children. They operated between 1831 and 1996 and were run by several Christian denominations on behalf of the government, most by the Catholic Church.

About 150,000 children were taken from their homes. Many were subjected to abuse, rape and malnutrition in what the Truth and Reconciliation Commission in 2015 called “cultural genocide.”

Delegates from the Inuit and Metis people and from the Assembly of First Nations will have three separate private meetings with the pope before he addresses all on Friday.

Francis was elected pope nearly two decades after the last of the schools closed. He already has apologised generically for the Church’s role in colonialism in the Americas. 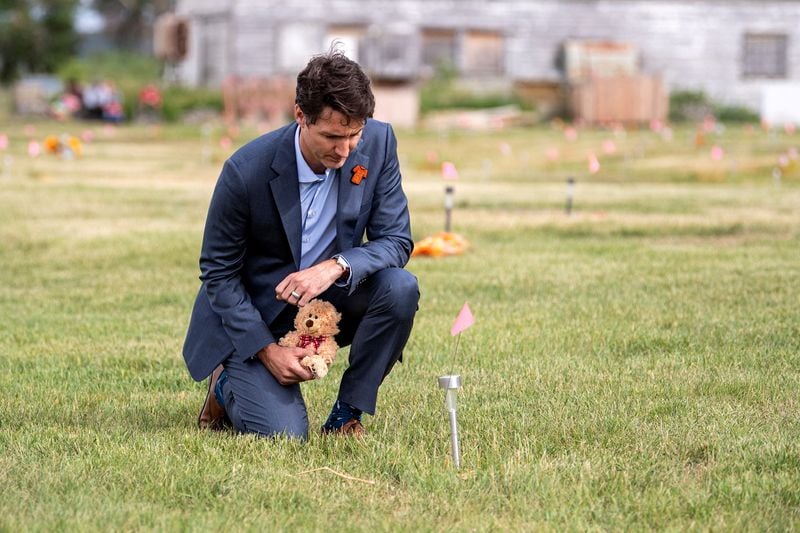