Police reported a total of 62 homicides on Saturday in the nation of some 6.5 million people. It was the highest daily toll of homicides so far this century, according to Celia Medrano, a longtime human rights advocate.

In response, El Salvador’s President Nayib Bukele asked Congress to approve the emergency measures, which include restrictions on free assembly and the inviolability of correspondence and communications, as well as an extension of administrative detention.

“We approve the exceptional regime, which will allow our government to protect the lives of Salvadorans and confront criminality head-on,” said Ernesto Castro, the president of Congress, after holding an extraordinary session early on Sunday.

After the vote, Bukele praised the move.

“The measures to be taken will be implemented by the relevant institutions and announced only when necessary. For the vast majority of people, life continues normal. God bless us all,” Bukele wrote on Twitter.

In 2015, El Salvador recorded a rate of 103 homicides for every 100,000 people, one of the highest in the world. Figures show that rate has fallen steadily since Bukele took office in 2019.

Yet, critics say Bukele’s administration has been marked by democratic backsliding, as he has sought to consolidate his control over the legislative and judicial branches.

His government has also been accused of brokering a pact https://www.reuters.com/world/americas/exclusive-salvadoran-ex-prosecutor-says-government-quashed-probe-into-pact-with-2021-12-28 with the two main gangs, offering gang members better prison conditions, money and other benefits in exchange for them reducing homicide rates and giving electoral support to Bukele’s party at legislative elections. He has repeatedly denied those accusations. 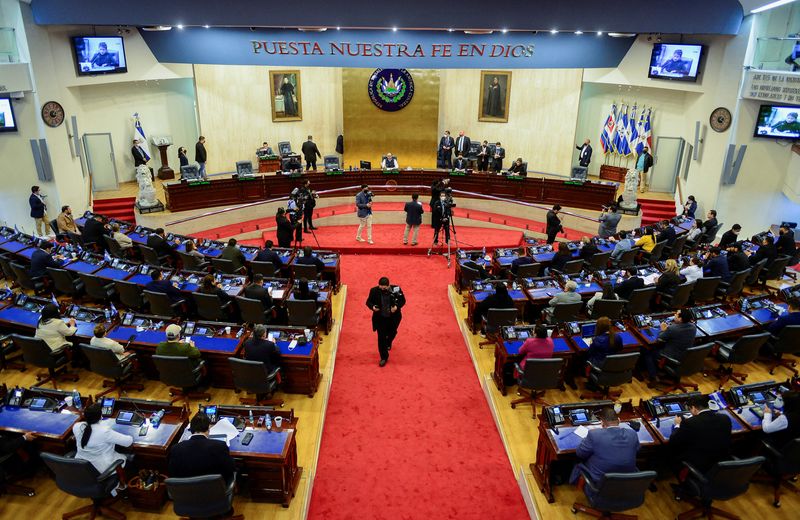