(Reuters) – Hasbro Inc has turned down a settlement offer from Alta Fox Capital Management LLC to have only one of its nominees added to the U.S. toy maker’s board of directors, making a shareholder vote over the dispute likely, people familiar with the matter said on Sunday.

The two sides have been discussing how to avert a proxy contest after Alta Fox, a hedge fund that holds a 2.5% stake in Hasbro, nominated five directors to the company’s eleven-member board last month.

Alta Fox has privately indicated to Hasbro, the maker of Dungeons & Dragons and Play-Doh, that it would settle for two new directors, as long as one of them is one of the five Alta Fox nominees, and a board committee focused on capital allocation, the sources said.

It is still possible that the two sides reach a compromise before Hasbro’s annual shareholder meeting where shareholders will vote on the board’s composition, the sources said. That meeting is expected to take place in the spring.

The sources requested anonymity to discuss confidential negotiations between the two side.

Hasbro said in a statement it is committed to engaging with all shareholders and has held “multiple conversations” with Alta Fox to listen to its views and “attempt to come to a resolution of this campaign.”

“We are disappointed the board refuses to listen to its shareholders and appears more interested in forcing a contest than agreeing to a reasonable settlement that investors would support,” an Alta Fox representative said.

Alta Fox, a firm founded four years ago by hedge fund veteran Connor Haley, has called on Hasbro to consider spinning off its prominent Wizards of the Coast unit to boost its lagging share price. The unit, which publishes Dungeons & Dragons and Magic: The Gathering, saw its revenue grow 42% in 2021, according to Hasbro.    The investment firm argued Hasbro’s “ineffective” Brand Blueprint strategy, including “ill-advised acquisitions” like the 2019 purchase of Entertainment One for $4.6 billion, is holding it back and that its share price could surge to $200 a share in the next three years with “corrective action.”

Hasbro shares closed at $84.88 on Friday after hitting their lowest level in the last 52 weeks on Thursday, and they are down more than 10% over the past five years.Alta Fox has said its supports Chris Cocks, who took over as Hasbro’s CEO last month after leading the Wizards of the Coast unit, but that he should be surrounded by a “meaningfully refreshed board.”

Hasbro has said it has a “highly qualified, independent, experienced and engaged board.”

(Reporting by Svea Herbst-Bayliss in Boston; Editing by Daniel Wallis) 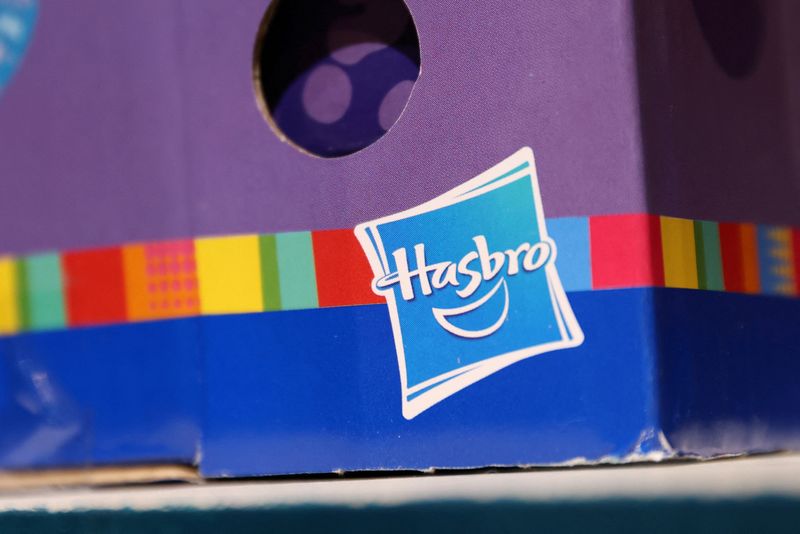