Biden’s request earmarks $773 billion for the Pentagon, and eclipses the budget requests by former President Donald Trump. An additional $40 billion is earmarked for defense-related programs at the Federal Bureau of Investigation, Department of Energy and other agencies, bringing the national security budget to $813 billion, up from $778 billion last year.

The Russian invasion of Ukraine has driven recent support for greater defense spending among Democrats and Republicans who see a growing national security and foreign policy threat from Russian leader Vladimir Putin. The budget increases funds for the Pentagon’s European Deterrence Initiative by $360 million to a total of $4.2 billion.

At the same time, the budget slows the Department of Defense’s purchasing of the stealthy F-35 fighter jet, the Pentagon’s largest weapons program, after Air Force leaders complained that technological improvements to the jet’s hardware were too slow.

Among the top priorities for this budget are shipbuilding, developing capabilities in space, missile warning and modernizing the nuclear “triad” of ballistic missile submarines, bombers and land-based missiles.

Only 61 F-35 jets made by Lockheed Martin Corp were requested by the Pentagon, down from a request of 85 last year, though experts believe Congress will increase that figure during the budget process.


The 2023 fiscal budget, which starts on Oct. 1, boasts the Pentagon’s largest research and development budget ever, with $130 billion earmarked to develop new weaponry like hypersonic missiles to fight any potential future wars against China and Russia.

Some of that investment is funded by retiring equipment like Littoral Combat Ships that are expensive to operate, and older planes like A-10 Warthogs, which the U.S. withdrawal from Afghanistan last year has made less essential because they are vulnerable to more sophisticated enemies.

The national defense budget request crafted during Trump’s final year in office was for $752.9 billion. Congress then increased that amount by $25 billion, ultimately landing at $778 billion for fiscal 2022.

(Reporting by Mike Stone in Washington; Editing by Matthew Lewis) 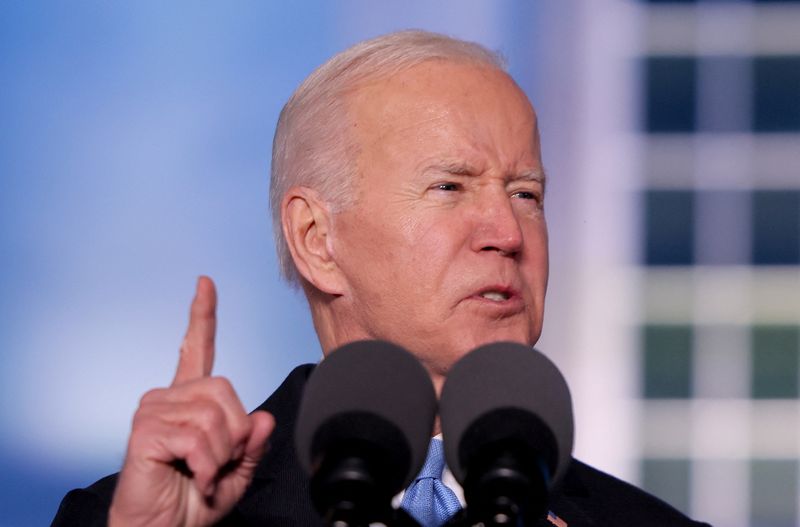