By Emma-Victoria Farr and Alexander Hübner

(Reuters) – Mergers and acquisitions in Germany in the first three months of 2022 have dropped 10% from the same period in 2021 in what has been the slowest start to a year since 2016 due to market uncertainty caused by Russia’s invasion of Ukraine.

Equity capital markets in the euro zone’s biggest economy have been hit harder as market jitters have led to a total dearth of deals with no initial public offerings (IPOs) or convertible offerings recorded so far this year, according to Refinitiv data.

“It is unlikely that companies will choose to list before Easter, even unlikely before the summer given current market conditions,” said Armin von Falkenhayn, head of corporate and investment banking in Germany, Austria and Switzerland at Bank of America.

German equity capital markets raised only $1 billion so far this year, down 88% compared with the first quarter of 2021.

But appetite for M&A deals remains strong even if boardrooms have become more risk-averse.

“Unlike at the beginning of the coronavirus crisis, the M&A market has definitely not come to a standstill and projects are continuing. But parties are examining very carefully how the conflict may affect each company,” said Tibor Kossa, co-head of German and Austrian M&A at Goldman Sachs.

While the Ukraine crisis has affected only around 1-2% of German companies’ sales, “the war and its longer-term consequences absorb a lot of management capacity,” said Berthold Mueller, chairman of DACH investment banking at Jefferies.

Yet amid prevailing caution to begin new processes, some auctions that were launched before the war managed to get to the finish line.


One such example was Siemens’ $1.3 billion carve-out of its mail and parcel logistics business, which was sold to Hamburg-based Koerber in February and led to consumer products and services accounting for one-third of German target M&A in the first quarter.

Other deals in the technology sector contributed to 31% of German target M&A including the purchase by Italian infrastructure and transport services firm Atlantia of Siemens’ traffic software solutions business, Yunex.

Strong growth in the technology sector contributed to an increase in mid-market deal activity to its highest year-to-date total since 2015, according to Refinitiv data.

“Private equity remains open to acquisitions and transactions can continue to be funded,” said Christopher Droege, co-head of German and Austrian M&A at Goldman Sachs.

One sector that seems resilient to the backdrop of war is telecommunications – arguably a necessity for information flow in times of crisis.

Earlier this month, Deutsche Telekom launched the sale of its towers business and is collecting indicative offers together with adviser Goldman Sachs, in a deal that could value the business at close to 18 billion euros ($19.86 billion).

Dealmakers say there are intense dialogues with corporate clients as well as private equity and the deal pipeline for the rest of the year looks intact.


“In the future we expect that German companies looking for takeovers will orient themselves increasingly towards North America since the growth gap between Europe and the United States is likely to widen further in the current environment,” Goldman’s Kossa said.

Nevertheless, dealmaking during wartime remains hard to stomach for some parties that prefer to wait for peacetime.

“A buyer cannot go before their board of directors and pretend this war does not exist. The question is how long this situation will last. That is why many companies tend to wait until the situation clears up,” said Jefferies’ Mueller.

(Reporting by Emma-Victoria Farr in London and Alexander Huebner in Munich; Editing by Pamela Barbaglia and Matthew Lewis) 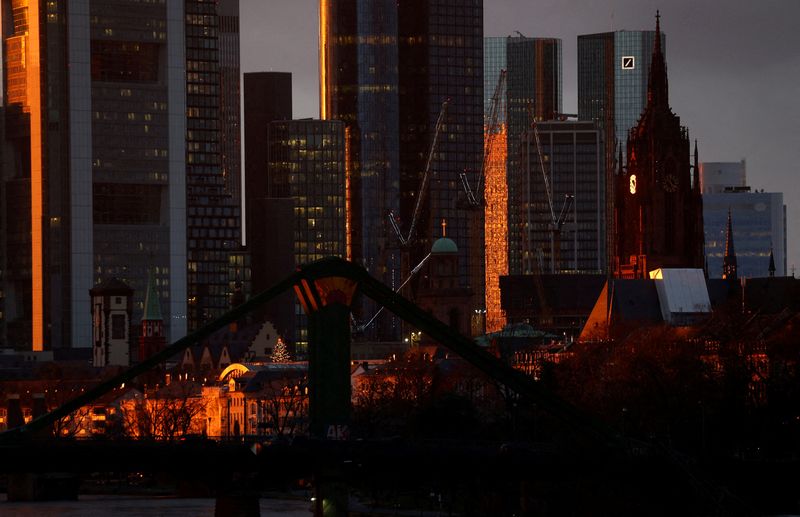