WASHINGTON (Reuters) – The top two U.S. Justice Department officials in the waning days of Donald Trump’s presidency are cooperating with a Washington legal body’s ethics probe of their former colleague Jeffrey Bossert Clark, who tried to help Trump overturn his 2020 election loss, according to a person familiar with the matter.

Jeffrey Rosen, who served as acting attorney general, and Richard Donoghue, his former acting deputy, each have given voluntary interviews in recent months to the District of Columbia Office of Disciplinary Counsel, which is investigating Clark for possible misconduct, according to the source, who spoke on condition of anonymity.

The Office of Disciplinary Counsel is part of the D.C. Bar, which was created as an official arm of the District of Columbia Court of Appeals to govern and set rules for lawyers licensed to practice in the U.S. capital. It investigates possible misconduct by Washington lawyers and has the power to pursue disciplinary charges against attorneys found to have engaged in unethical conduct. In more serious cases, such charges can lead to the suspension of a license to practice law or disbarment.

The office is examining whether Clark violated ethics rules that prohibit lawyers from engaging in “dishonesty, fraud, deceit or misrepresentation” when he urged Rosen and Donoghue to send officials in states pivotal to the 2020 election outcome a letter that contained false statements, the source said.

Trump, a Republican, has made false claims that the election, which he lost to Democrat Joe Biden, was stolen through widespread voting fraud.

Rosen and Donoghue did not respond to requests for comment on Tuesday.

Clark separately faces investigations from the Justice Department’s internal watchdog and a House of Representatives committee that is looking into last year’s attack on the U.S. Capitol by Trump supporters who sought to block formal congressional certification of his election loss.


Clark and his attorney Harry MacDougald did not respond to questions sent by Reuters.

The Office of Disciplinary Counsel investigation could complicate Clark’s efforts to revive his career as a corporate attorney as well as any possible return to government service. Reuters first reported the investigation in December.

The office makes the findings of its investigations public only if it decides to pursue disciplinary action. To date, no public action has been filed against Clark.

Hamilton “Phil” Fox, who leads the office, said it does not confirm or deny the existence of any investigation. The office received 1,400 complaints about the conduct of lawyers in 2020 and 1,200 in 2021, Fox said. As of the end of 2021, it had 224 active cases under investigation, Fox added.

According to a report by U.S. Senate Democrats, Clark unsuccessfully tried to get Trump to fire Rosen and install him as attorney general after Rosen blocked his attempt to enlist the Justice Department in Trump’s efforts to overturn his election defeat. At the time, Clark was serving as the acting head of the department’s Civil Division and led its environmental and natural resources unit.

The office’s investigation is primarily focused on Clark’s efforts to pressure Donoghue and Rosen to send a letter to lawmakers in Georgia falsely claiming that the Justice Department had “significant concerns” about the legitimacy of Biden’s victory in the state and echoing Trump’s false claims of voting fraud, according to the source and ethics complaints that were filed against Clark and seen by Reuters.

Clark also pressed Donoghue and Rosen to send a similar letter to other states that were crucial in Biden’s victory, according to testimony that Rosen and Donoghue provided to the Senate Judiciary Committee.

The Office of Disciplinary Counsel is also investigating Trump’s former attorney Rudy Giuliani for statements he made about the 2020 presidential election, Giuliani’s attorneys said last year.

Clark has said little publicly about his actions during the final weeks of Trump’s presidency. Using a new Twitter account he created this month, Clark has called himself “one of the top targets of the politically motivated J6 committee,” a reference to the House select committee investigating the Jan. 6 Capitol attack. 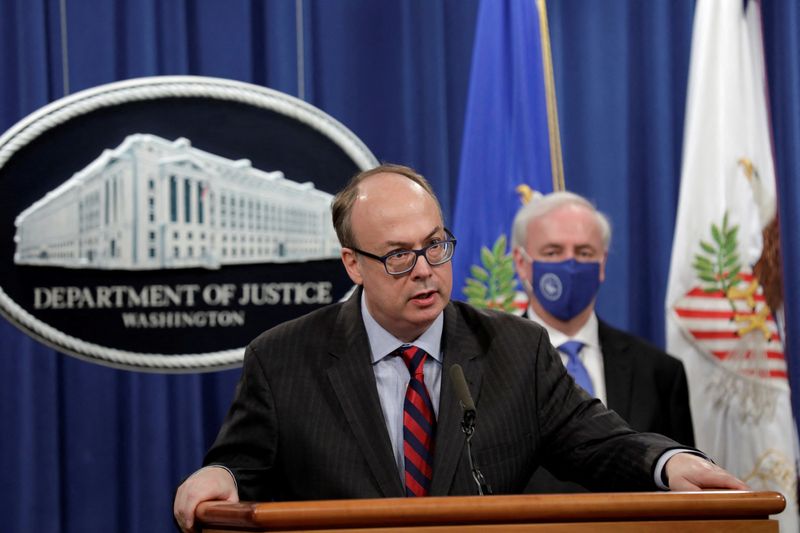