– The oil market is set for a 700,000 bpd supply deficit in the second quarter as Western sanctions on Moscow and buyer reluctance could lead Russian oil supplies to drop by 3 million bpd from April, the International Energy Agency said on March 16.

– Traders warned energy markets would struggle to absorb the potential loss of about 2 million bpd of oil from Russia, as there was little spare capacity even before Russia launched its invasion on Feb. 24.

– Transneft, operator of Russia’s oil pipeline system, has imposed caps on oil intake as domestic storages are filling up fast.

– Kazakhstan will have to cut its oil production by 320,000 bpd, a fifth of its total output, after storm damage to mooring points used to export crude from the Caspian Pipeline Consortium (CPC).

– Several members in the OPEC+ group, mainly West African producers have struggled to produce at their quota levels as they face loss of production capacity from sabotage and under-investment. The group produced nearly 1.1 million bpd below its agreed targets in February, with the gap widening from 0.97 million bpd in January.

– Libyan oil production, currently at about 1.3 million bpd, is well below levels of 1.6 million bpd before the civil war that broke out in 2011. An outage earlier this month caused a temporary loss of over 300,000 bpd of production.

– Iran is pumping about 2.6 million bpd, some 1.2 million bpd less than in 2018 when former U.S. President Donald Trump withdrew the United States from the 2015 nuclear accord and re-imposed sanctions. The parties, however, have been seeking to revive the deal that could lead to increased output. 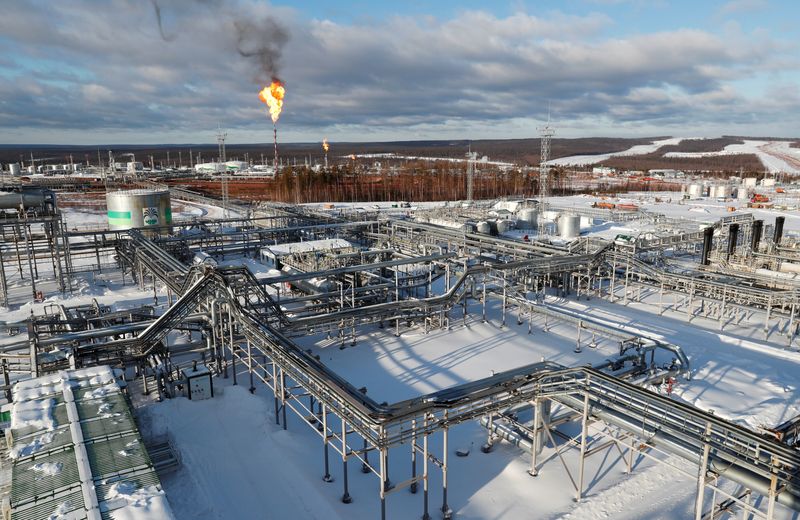