BERLIN – German consumer morale looks set to slump heading into April as the war in Ukraine pushed households’ economic and income expectations to new record lows since the 2009 financial crisis, a survey showed on Tuesday.

The GfK institute said its consumer sentiment index, based on a survey of around 2,000 Germans, tumbled to -15.5 points heading into April from a revised -8.5 points a month earlier, the lowest since February 2021.

Analysts polled by Reuters had on average expected the index to drop to -14.0.

“In February, hopes were still high that consumer sentiment would recover with the easing of pandemic-related restrictions. However, the war in Ukraine caused these hopes to vanish into thin air,” GfK consumer expert Rolf Buerkl said in a statement.

Energy prices have suffered the most from rising uncertainty and sanctions against Russia, Buerkl said, adding that longer-term recovery of German consumer morale would only be possible in case of a rapid ceasefire followed by peace negotiations.

“Domestic economy would then significantly contribute to overall economic development again as a result of declining uncertainty, and the easing of pandemic-related restrictions would also be able to have its positive effect,” he said.

The survey took place from March 3 to March 14, after Russian President Vladimir Putin invaded Ukraine on Feb. 24 and started the largest war in Europe since World War Two.

The consumer climate indicator forecasts the development of real private consumption in the following month.

An indicator reading above zero signals year-on-year growth in private consumption. A value below zero indicates a drop compared with the same period a year ago.

According to GfK, a one-point change in the indicator corresponds to a year-on-year change of 0.1% in private consumption.

The “willingness to buy” indicator represents the balance between positive and negative responses to the question: “Do you think now is a good time to buy major items?”

The income expectations sub-index reflects expectations about the development of household finances in the coming 12 months.

The additional business cycle expectations index reflects the assessment of those questioned of the general economic situation in the next 12 months. 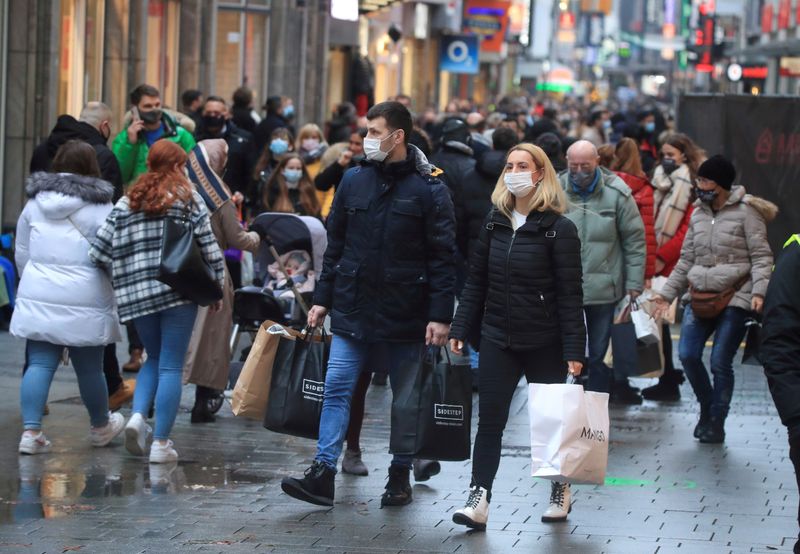