BEIJING (Reuters) – China will roll out policies to stabilise the economy as soon as possible as the downward pressure in the economy increased, state media CCTV quoted a cabinet meeting as saying on Wednesday.

China had already considered the changes in domestic and external environments when making macro policies for this year but it will make preparations for possible and greater uncertainties in the economy, according to the State Council meeting chaired by Premier Li Keqiang.

The world’s second-largest economy is grappling with the worst resurgence of COVID-19 cases since early 2020, with more mass testing and virus-related curbs ratcheting up in many cities.

Shanghai, home to 26 million people, China’s financial hub, is in the third day of a lockdown as new COVID-19 cases in the city jumped by a third despite stringent measures already in place to try to stop the virus from spreading.

China will refrain from introducing measures not conducive to stabilise market expectations, and it will step up the issuance of the rest of the special government bonds.

The government has set this year’s quota for local government special bond issuance at 3.65 trillion yuan ($574.73 billion), and 1.46 trillion yuan has already been issued in advance quota.

The issuance of the special government bonds will be first given to regions with strong debt repayment ability and large number of projects, according to remarks at the cabinet meeting. It will also encourage foreign capital to purchase government bonds. 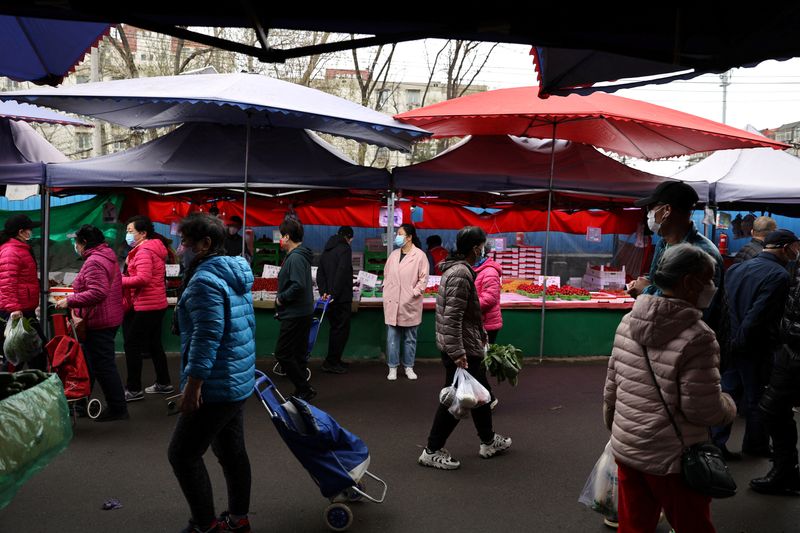