By David Henry and Michelle Price

(Reuters) – The U.S. Treasury yield curve, widely watched as a barometer of the economy’s health, briefly “inverted” on Tuesday in a warning sign bond investors see a recession on the horizon.

While investors caution that the yield curve is just one indicator among many to look for when predicting recession, its changing shape can complicate how banks manage the margins between their cost of funds and the interest they earn on loans and securities, which is also known as their net interest income. Here is what the yield curve inversion may mean for U.S. lenders.

That is unusual because investors typically expect more compensation for taking on the risk that rising inflation will lower the expected return from owning longer-dated bonds. That means a 10-year note typically yields more than a 2-year note.

An inverted curve has in the past preceded recessions and can act as a warning sign for such an event. The U.S. Federal Reserve has started raising rates and is expected to continue aggressively hiking through 2022.

IS THIS BAD FOR BANKS?

Sort of. In general, banks borrow short-term and lend long-term and make money on the different rates when the curve is sloped.


An inversion of the 2-year and 10-year Treasury yield means there is no spread to earn between borrowing for two years and collecting interest on 10-year Treasuries.

IN REALITY, IT IS NOT THAT BAD

In practice, though, banks borrow and lend at different points on the curve and tend to keep average maturities of loans and securities to less than about five years.

They rarely borrow much at two years and lend at 10 years. They tend to borrow and lend more toward the front, or short-term, end of the yield curve, which is steep. For example, the spread between the 3-month and 5-year, as shown on the Treasury curve, was about 190 basis points on Tuesday.

For example, JPMorgan Chase & Co funds more than half of its balance sheet with low-cost deposits, the cost of which tends to move up very slowly. The average rate for all of JPMorgan’s interest-bearing liabilities in the fourth quarter was only 0.22%. That is a long way from Tuesday’s 2.4% yield on 2-year Treasuries.

Also, many commercial and industrial loans are floating-rate term loans, or revolving loan facilities with floating rates tied to short-term benchmarks, which have increased sharply this year in anticipation of Fed rate hikes.

Banks have been predicting that rate rises will boost their net interest income significantly this year.

The bigger threat to banks is the risk of recession, which could hurt consumer spending and hinder Americans’ ability to repay loans.

(Reporting by David Henry in New York and Michelle Price in Washington; Editing by Megan Davies and Matthew Lewis) 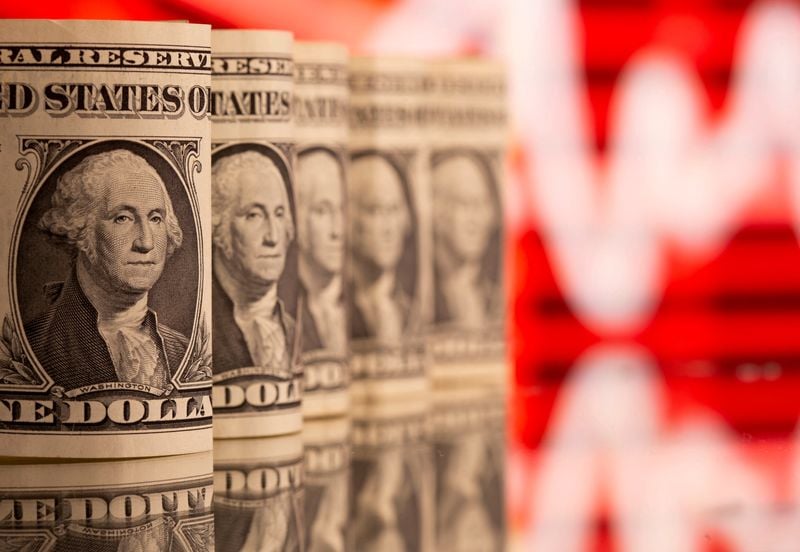