JOHANNESBURG – High shipping costs have posed a “challenge” for Democratic Republic of Congo-focused copper producer Ivanhoe Mines, but an alternative route to port via Angola should ease the squeeze, co-Chairman Robert Friedland said on Wednesday.

“Worldwide shipping costs have gone crazy for everybody,” Friedland told the CRU-CESCO World Copper Conference in Santiago. “It has posed a challenge, but we see that coming down and you can move the material, it just takes a bit longer.”

Ivanhoe, which operates the Kamoa-Kakula copper mine in southern Congo’s Lualaba province, currently trucks its output to the South African port of Durban.

It is now looking at using an alternative route through Angola to cut back on transportation costs, Friedland said.

“It’s about a third of the distance and a new Angolan railroad is going to move us much closer to the ocean,” he said.

Ivanhoe is working with its joint venture partner Zijin Mining to bring down costs, he added. “We see a lot of shipping alternatives to using containers,” he said.

The cost of shipping containers has surged from pre-pandemic levels.

Ivanhoe is “very interested” in expanding into the United States, Friedland said, adding that the country is under-explored and some places have “enormous” potential copper resources.

U.S. President Joe Biden has voiced support for new mines in the country to boost domestic production of minerals used in electric vehicles.

(Reporting by Helen Reid in Johannesburg and Clara Denina in London; Editing by Jan Harvey) 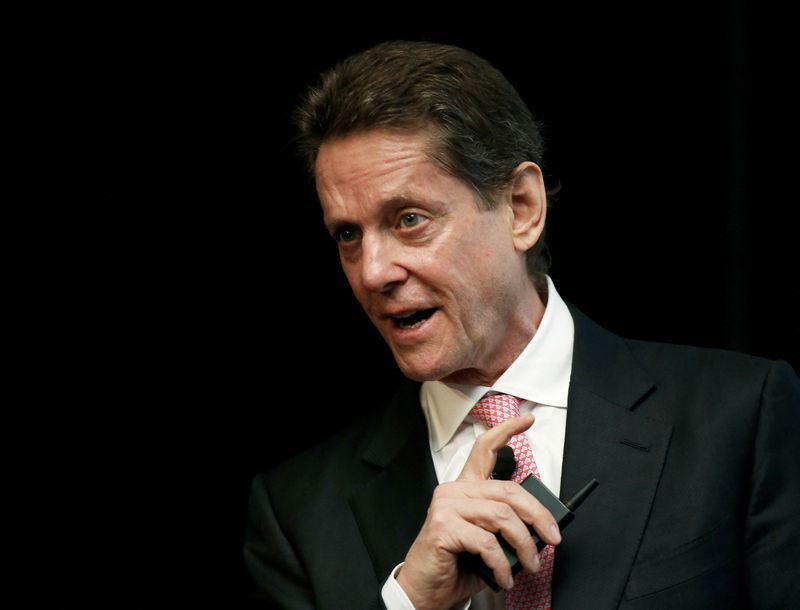