(Reuters) – The brief inversion of the U.S. bond yield curve on Tuesday is a cautionary sign for the Federal Reserve that may need to be factored into coming debates on management of the central bank’s balance sheet, Kansas City Fed President Esther George said on Wednesday.

George said she was less concerned about what the brief, negative spread between 10-year and two-year Treasury securities signaled about a possible recession, as about the implications for financial stability and the stress it could put on bank lending models.

As the Fed plans to hike short-term interest rates, she said, that could make an inversion even more likely unless the Fed also raises long-term rates by running down its balance sheet “significantly.”

“The balance sheet will need to decline significantly,” she said, citing the “distortive effects” the Fed’s nearly $9 trillion in holdings are having on financial markets. She said those holdings may have depressed 10-year Treasury yields by as much as 1.5 percentage points. “The interaction of higher policy rates with a large balance sheet will need to be considered,” George said. “Raising short-term rates while the balance sheet continues to depress longer-term yields will contribute to a flattening and inversion.”

The Fed is expected to announce its plans for balance sheet reduction as early as its May meeting, with some details possibly revealed in upcoming minutes of the March meeting.

Regarding short-term interest rates George said they could be increased in a “steady, deliberate” manner in coming months as the Fed tries to control inflation that has soared beyond its 2% target.

As rates rise, George said, the Fed will have to assess how the economy is reacting to tighter financial conditions, and also how global developments including the pandemic and the war in Ukraine are influencing both the supply of goods and economic growth and demand.

“Much of the economic fallout so far has been directed towards further disruptions to supply,” that would add to inflation, she said. But “both of these risks have implications for demand as well…Assessing the balance in real time will be difficult. Recognizing these risks is not an argument for stalling the removal of accommodation, but it does suggest a steady, deliberate approach for the path of policy could provide space to monitor developments as they unfold.” 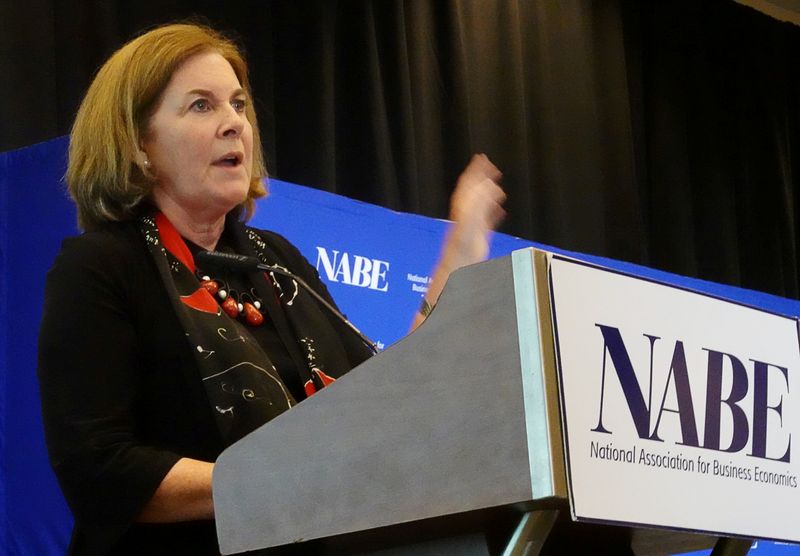