By Noah Browning and Timothy Gardner

LONDON/WASHINGTON – Top oil consuming nations may find that one of their main tools to fight high global oil prices – the release of strategic stockpiles – will prove inadequate to soothe markets starved of Russian supply since its invasion of Ukraine.

The 31-member International Energy Agency, representing industrialized nations but not Russia, presided over the fourth coordinated oil release in its history on March 1 of over 60 million barrels of crude – its largest yet.

The United States is considering yet another massive release – of up to 180 million barrels from the Strategic Petroleum Reserve over months – to stave off consumer energy inflation, according to sources.

But the agreements unveiled so far have failed to stop a dizzying climb in oil prices, underscoring the finite power of emergency reserves to address long-term supply problems like those stemming from Russia’s war on Ukraine, strong consumer demand, and capacity constraints in other producer nations to make up the shortfall.

“Historically, SPR releases have temporarily sent oil prices lower and are then followed by higher prices as the market prices in insufficient supply,” said Josh Young, chief investment officer at Bison Interests. “It is likely that oil prices rise after an initial temporary pullback, and that the SPR may have to be refilled at even higher prices.”

Several consumer countries – including the biggest, the United States – have imposed bans on Russian oil imports since the invasion which Moscow calls a “special operation,” tightening global markets already hit by rebounding fuel demand and production limits by the Organization of the Petroleum Exporting Countries.

The IEA expects 3 million barrels per day (bpd) of Russian oil – equivalent to over a third of its exports – to be shut in as sanctions bite and buyers spurn purchases.

President Joe Biden will deliver remarks on Thursday on his administration’s actions, the White House said.

That news pushed oil prices down more than 4% late Wednesday but was also met with skepticism by some analysts.

Washington had also pledged in November to release 50 million barrels of SPR oil in a coordinated move with China, India, South Korea, Japan and Britain, a deal that also failed to stop oil’s climb above $100 a barrel.

State storage across the Organisation for Economic Cooperation and Development, most of whose members belong to IEA, hit 1.48 billion barrels late last year, down more than 100 million barrels from a 2017 high.

A Reuters analysis of IEA data shows government-controlled oil stocks among members states was at its lowest since 2005 even before the March 1 release.

U.S. SPR levels have dropped to their lowest since 2002, government data showed.

IT’S NOT WORKING. DO IT AGAIN

Some analysts have called for governments to release even more oil from reserves, with bank JP Morgan suggesting the IEA could commit to release 50 million barrels per month or more for the rest of the year.

Neil Atkinson, an oil analyst and former IEA senior official, said only big releases will be enough to make a difference in a 100 million bpd global oil market.

“This time it will have to be, by comparison, a big bazooka,” he said.

But longer-term, the key to rebalancing the market is increased commercial production, not stockpile drawdowns.

“Stocks of strategic oil have a limit and flows of commercial oil do not. Flows that stop are a bigger problem than strategic stocks can solve over time,” said Kevin Book, energy policy analyst at ClearView Energy Partners in Washington.

Ramping up production can be slow, however.

A shale boom roughly doubled U.S. oil output since the 2000s, boosting the country to the world’s top producer spot. But after oil output fell during the coronavirus pandemic, the U.S. Energy Information Administration now forecasts the United States will return to being a net importer in 2022 before returning to net exporter status in 2023.

Meanwhile, OPEC and ally producers including Russia, a group known as OPEC+ that cut output after demand slumped due to the pandemic, will likely stick to plans for a modest uptick in production in coming months, according to sources, as the group’s kingpin Saudi Arabia continues to reject calls from consumer nations for quicker increases.

Stockpiles have helped with past limited disruptions. The previous release of 60 million barrels coordinated by the IEA amid the Libyan civil war in 2011, slashed prices $10 a barrel to around $105. A prior 60 million-barrel release in 2005 after Hurricane Katrina dropped the price around $3 on the week to $62 a barrel. 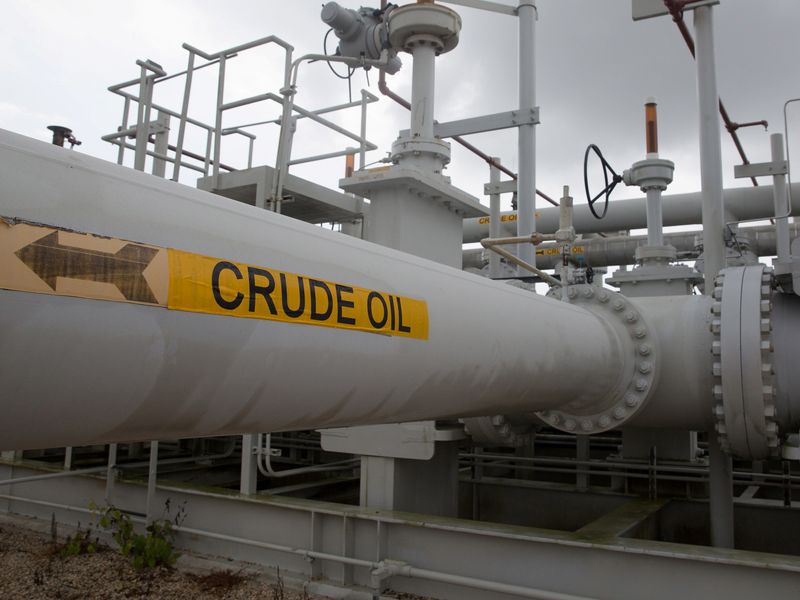