Since emerging from their meeting-period blackout, their public commentary has taken if anything an even stronger tone. The two-week-old forecasts – with the median anticipating rates rising to about 1.9% by year’s end – seem a dovish shadow of what might now be.

The palpable shift in officials’ attitudes over a remarkably short period may prove highly consequential for how the remainder of the year plays out for their policymaking.

Futures traders are now pricing in expectations officials will follow their quarter-point interest rate increase on March 16 with bigger half-point hikes in May and June, and by year-end lift the Fed’s policy rate to the 2.5%-2.75% range. Economists are similarly marking up their views.

“We expect the Fed to use the popularity of inflation fighting among the public and politicians to frontload policy rate hikes,” wrote Standard Chartered Bank’s Steve Englander. “The lack of pushback even from relatively dovish FOMC participants points to FOMC consensus.”

Minneapolis Fed President Neel Kashkari is a case in point. Just six months ago he believed there would be no need to raise rates at all this year because inflation would decline on its own: a receding pandemic would bring more workers back to the labor market, easing wage pressures, and supply chains would get unsnarled, allowing producers to meet demand.

He’s since abandoned those hopes, at least for the near term, and, though he still warned last week against “overdoing it” on rate hikes, he now wants to get rates up another 1.5 percentage points by year end, in line with that two-week old median view.

Chicago Fed chief Charles Evans and San Francisco Fed chief Mary Daly – who with Kashkari, Fed Governor Lael Brainard and New York Fed President John Williams had anchored the wing of policymakers more tolerant of a looser policy stance – have also laid out less dovish views in recent days, though neither appears to have shifted as far as Kashkari.


Atlanta Fed President Raphael Bostic also penciled more rate increases than previously, but his concern over uncertainty arising from the war in Ukraine left his rate forecast below the median of his colleagues.

For a related graphic on Fed hawks and doves, click https://tmsnrt.rs/35q7uIm

Fed Chair Jerome Powell, who jumpstarted the speculation for faster rate hikes with his call last week for rates to rise “expeditiously,” has said he’s hopeful that the labor market is strong enough to withstand the coming policy tightening, which will also include shrinking the Fed’s balance sheet.

Job openings hovered near record highs in February, data this week showed, and economists expect the Labor Department on Friday will report nearly half a million new jobs were created this month. Inflation by the Fed’s preferred measure, the personal consumption expenditures price index, rose to 6.4% in February, data on Thursday showed, the highest in four decades and more than three times the Fed’s 2% target.

If rising rates can trim some of that excess demand for labor without biting sharply into growth, and easing supply chain constraints help bring inflation down, the Fed may be able to achieve the gentle glide to a slower but more sustainable level of growth that Powell seeks.

A closely watched part of the Treasury yield curve briefly inverted on Tuesday in what some on Wall Street see as a harbinger of a recession.

And even as she rejected the predictive power of that market move, Kansas City Fed President Esther George – one of Powell’s more hawkish colleagues – warned that sharper and less politically palatable rate hikes may yet be needed to bring inflation under control.

“A soft landing is possible but not guaranteed,” George said Wednesday. “In the event high inflation persists while demand turns down, and the labor market falters, policymaker resolve could be tested.” 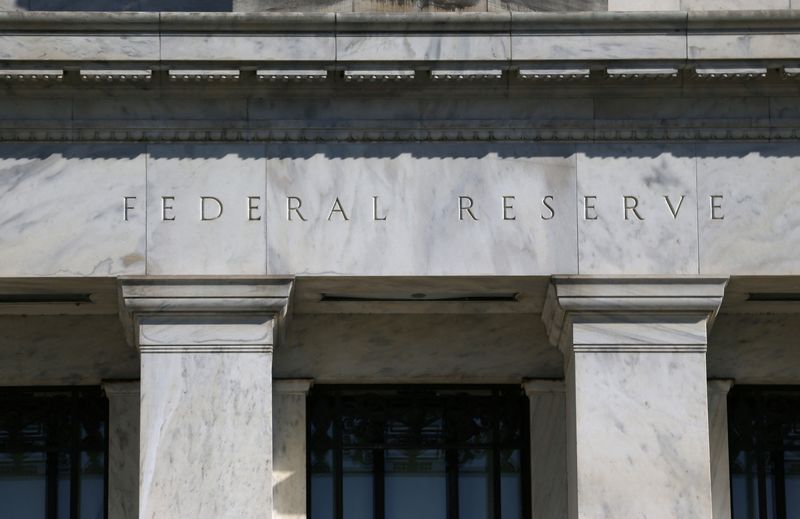