FRANKFURT – Euro zone inflation is increasingly likely to stabilise around 2% but the European Central Bank should be ready to change course if the outlook deteriorates due to Russia’s war in Ukraine, ECB chief economist Philip Lane said on Thursday.

While inflation probably exceeded 7% this month, the ECB has long argued that it is likely to dip back below target in the coming years as energy price rises are not expected to persist.

“It is also plausible that medium-term inflation will not revert to the pre-pandemic below-target equilibrium but, conditional on appropriately-calibrated monetary policy, rather may stabilise around the ECB’s 2% target,” Lane said in a speech.

“We should also be fully prepared to appropriately revise our monetary policy settings if the energy price shock and the Russia-Ukraine war were to result in a significant deterioration in macroeconomic prospects,” Lane added.

The ECB plans to end bond purchases in the third quarter, a prerequisite to any interest rate increase, but has not made any commitments about a rate hike, although a growing number of conservative policymakers are calling for a move before the end of the year.

Lane however stressed that given the uncertainty, the ECB must maintain “two-sided” optionality, meaning the next move could be either tightening or easing.

“More than ever, it is important to maintain optionality in the conduct of monetary policy,” he said. 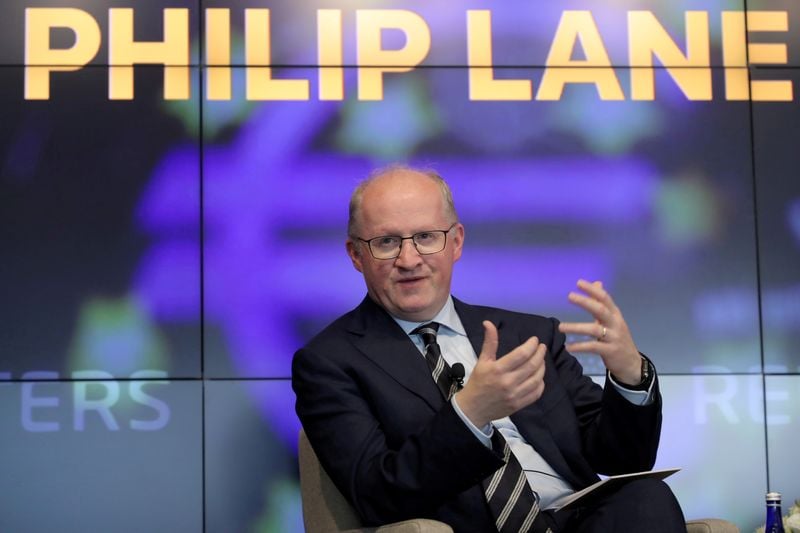