LONDON – President Vladimir Putin signed a decree on Thursday requiring foreign buyers to pay roubles for Russian gas from April 1 or see their contracts halted, a move described as “blackmail” by European states.

WHAT IS BEHIND THE CHANGE?

The move is in retaliaton against Western sanctions imposed on Russia over its invasion of Ukraine.

Moscow, which says it is conducting a “special military operation” in Ukraine, describes the Western measures as an economic war.

Getting Western countries to pay in roubles would blunt the impact of their curbs on Russia’s foreign reserves and boost the rouble.

So far this year, Europe has spent 200 million to 800 million euros ($880 million) a day on Russian gas, converting that into roubles would be a huge boost for it.

WHY DOES IT MATTER?

Europe is heavily reliant on Russia for its energy needs, with around 40% of its gas coming from the country. If Moscow decides to turn off the taps it could trigger supply shortages, factory closures and crippling energy costs across the region.

Germany, Europe’s largest economy, has already activiated an emergency plan which could mean power rationing if gas supplies get too low.

Dutch gas prices, the European benchmark, have already hit record highs this year on supply concerns, stoking inflation in the region and raising the risk of recession.[G/EU]

WILL FOREIGN BUYERS SWITCH TO ROUBLES?

So far, it looks unlikely, Western countries have said payment in roubles would breach contracts that can take months or more to renegotiate.

IF THEY DO SWITCH, HOW WOULD IT WORK?

Putin’s order makes Gazprombank the intermediary in the gas trade.

A foreign buyer is now obliged to transfer foreign currency to one special, so called “K”, account at the lender. Gazprombank would then buy roubles on behalf of the gas buyer to transfer roubles to another special “K” account, the order said.

Britain put Gazprombank on its list of banned entities earlier this month. It was not included in the EU’s order excluding some Russian banks from the SWIFT messaging system.

It’s unclear. Russia would have to physically halt gas flows to the European Union to force the issue.

In the meantime, the European Union may up the ante by putting curbs on Russian energy exports.

The European Commission is readying new sanctions against the Kremlin, EU sources told Reuters on Wednesday, with the magnitude of the new measures depending on Moscow’s stance on gas payments in roubles.

(Reporting by Arathy Somasekhar in Houston and Nina Chestney in London; additional reporting by Paritosh Bansal in New York and Sujata Rao in London; Editing by Carmel Crimmins) 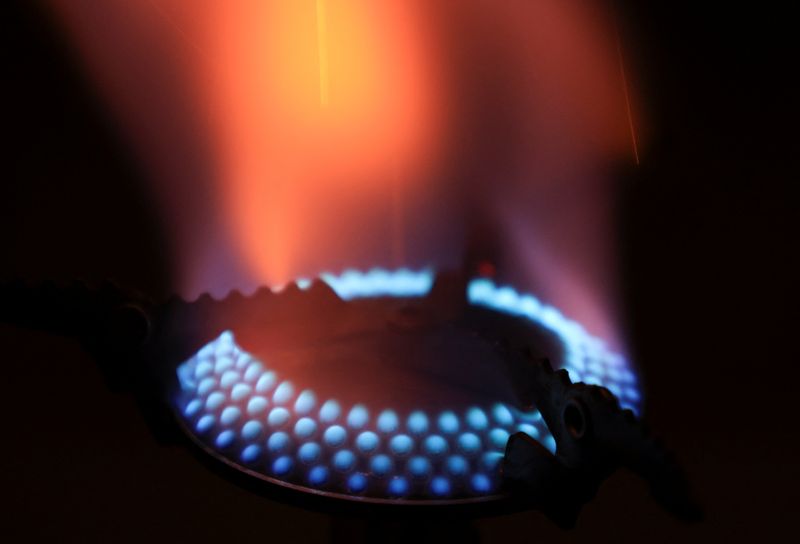