WASHINGTON (Reuters) -U.S. Trade Representative Katherine Tai deflected complaints from Democratic and Republican senators on Thursday that the Biden administration’s Indo-Pacific economic plan to counter China will not include a free trade deal that lowers tariffs.

Testifying before the tax- and trade-focused Senate Finance Committee, Tai said the Indo-Pacific Economic Framework would not lower tariffs for member countries but would offer “economically meaningful outcomes” to promote trade and market access.

Tai also said that after China’s failure to meet the terms of a “Phase 1” trade agreement negotiated by former President Donald Trump’s administration, her agency was moving to focus on China’s efforts to dominate strategic industries.

She said USTR would broaden its approach beyond the aims of Trump’s tariff war against China – China’s technology transfer policies and intellectual property theft – to curb Beijing’s “industrial targeting practices, where we have seen China again and again corner the market in critical industries.”

Her comments were a reference in part to Beijing’s “Made in China 2025” efforts to dominate 10 strategic industries currently led by the United States, from semiconductors to aircraft, robotics and information technology.

In an often-heard refrain about the Indo-Pacific framework during the committee’s hearing, Senator Maria Cantwell, a Democrat from Washington state asked, “Why can’t we be for opening market access right now and getting rid of tariffs?”

Republicans from agricultural states also questioned why an economic grouping aimed at isolating China and curbing its influence in Asia does not seek to cement U.S. ties to Indo-Pacific countries with tangible trade benefits.

“It’s a lot of really flowery rhetoric, but I’m trying to see where this does anything to open markets for our farmers and ranchers,” Republican Senator John Thune of South Dakota said of the Indo-Pacific plan.

Tai made clear the Indo-Pacific Economic Partnership was not an attempt to join or recreate the Comprehensive and Progressive Agreement for the Trans-Pacific Partnership (CPTPP), the 11-country Pacific-Rim free trade agreement (FTA) negotiated by former U.S. president Barack Obama in 2015 but abandoned by Trump in 2017.

“Traditional FTAs have led us to a place where we are facing a considerable backlash that we are listening to from our own people about concerns regarding the offshoring and outsourcing of American jobs and opportunities,” Tai said.

The Indo-Pacific framework, part of the Biden administration’s efforts to make the region a strategic priority, is still being developed.

She also declined to say whether Taiwan would be invited to join the grouping.

Tai pointed out to senators that USTR has struck deals over the past year to lower tariffs on some $20 billion worth of annual two-way trade with the European Union alone by ending a long-running aircraft trade dispute and reaching a quota deal on steel and aluminum imports that lifted EU tariffs on U.S. motorcycles, whiskey and other products.

USTR has reached similar steel arrangements with Britain and Japan, and has increased U.S. access to Japan’s beef market.

“So we are opening markets,” Tai told Cantwell. 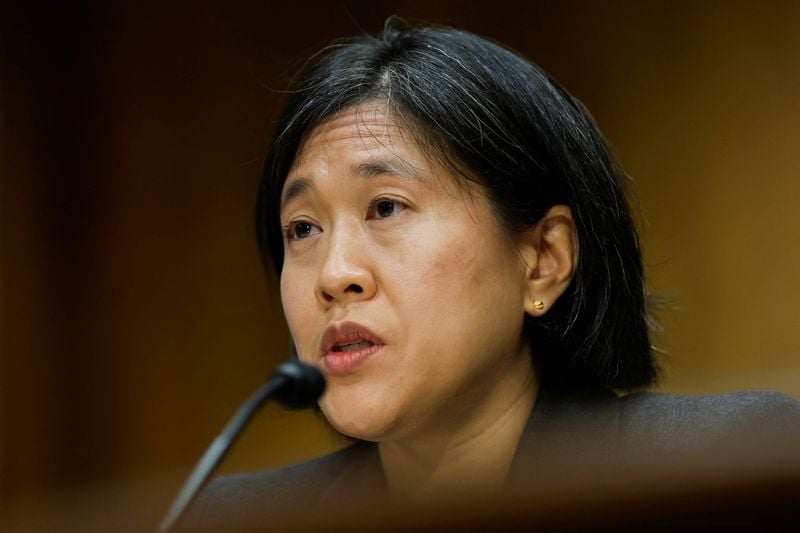 Analysis-Erdogan plays up diplomatic gains with eye on elections