DMYTRIVKA, Ukraine (Reuters) – Wisps of smoke still rising from the smouldering wrecks of tanks, business executive Leonid Vereshchagin wends his way past the charred corpses of Russian troops in this Ukrainian hamlet after what he calls a living hell.

For a month, he and his wife sought refuge in a friend’s basement in Dmytrivka, about 22 miles (35 km) west of Kyiv, as Russian troops advanced and occupied the area and took over the homes of some of his neighbours.

Most of the 300 residents left, but around a third remained, co-existing with the Russians as their tanks patrolled day and night.

“They went to our houses. Those houses that were closed, they opened them, they just broke the windows and they tried to open the doors,” he said, returning to his village on Friday. “We were with them when they were visiting houses, they were trying to open cupboards.”

“I have a very brave wife, she was watching them, making clear that they should not take anything,” he added, sitting in the same basement he had hunkered down in. Several mattresses lay on the floor, and to the side, shelves with provisions.

Three days ago, while the Russians were patrolling the area, Ukrainian troops arrived. When the Russians returned, unaware, there was a fierce battle. Vereshchagin and his wife escaped in a car through the woods during a brief break in the fighting.

Some houses in the smart residential area were completely destroyed. In the garden of one cowered a doe, badly injured from shelling, raw flesh exposed where patches of fur had burned.

“The Hell started in the evening on the (March) 29th,” Vereshchagin said. “From one side we were hearing the tanks shooting at us, and from the area of Bucha was a massive mortar shelling,” he added, referring to a town to the north.


“It’s something like you having a casque (helmet) and someone is hitting by hammer from above.”

The pungent smell of dank vegetation sits heavy in the air. A mist envelops the rural area, a patchwork of fields and forest land.

Reuters correspondents saw the remains of eight Russian soldiers next to destroyed tanks on the road running through the hamlet.

One had been decapitated by a blast. His naked body lay nearby, his feet blown off and a blackened arm still extended upward as if frozen in time.

“You see that enemy overestimates its potential around Kyiv at least. And we keep going forward liberating our cities and evacuating our people,” said Deputy Interior Minister Yevhen Yenin. “The first task is to restore public order to provide supplies of water, food, electricity, communication,” he added.

To the north, near the Belarus border, lies the nuclear disaster site Chernobyl.

“According to our reconnaissance, Russians have left Chernobyl but we should be aware of any unpleasant surprise that could be hidden there,” Yenin said.

Vereshchagin dismisses Russian President Vladimir Putin’s rationale for the invasion – clearing neo-Nazis and protecting Russians in Ukraine. While born in Ukraine, his mother tongue is Russian.

“I’ve never ever experienced any problems in Ukraine being a Russian-speaking Ukrainian,” he said.


“Definitely neither I nor any of my Russian speaking friends were waiting for any salvation army, which was completely fake and paranoia.” 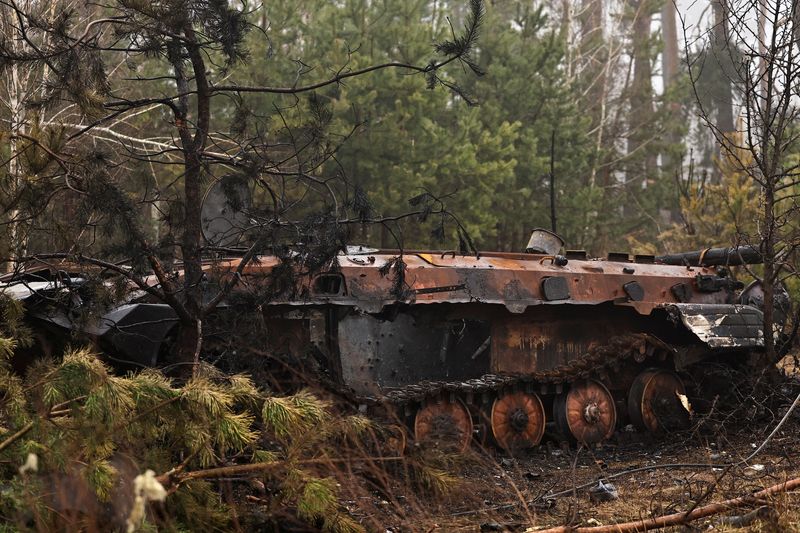 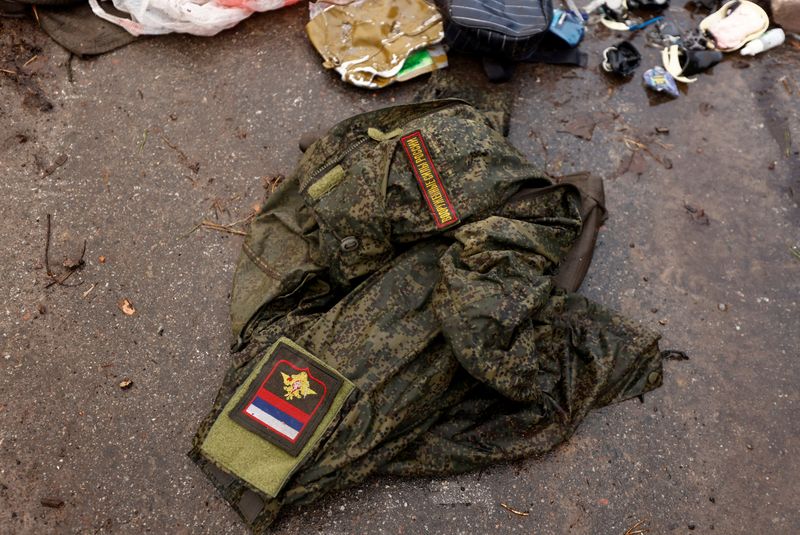 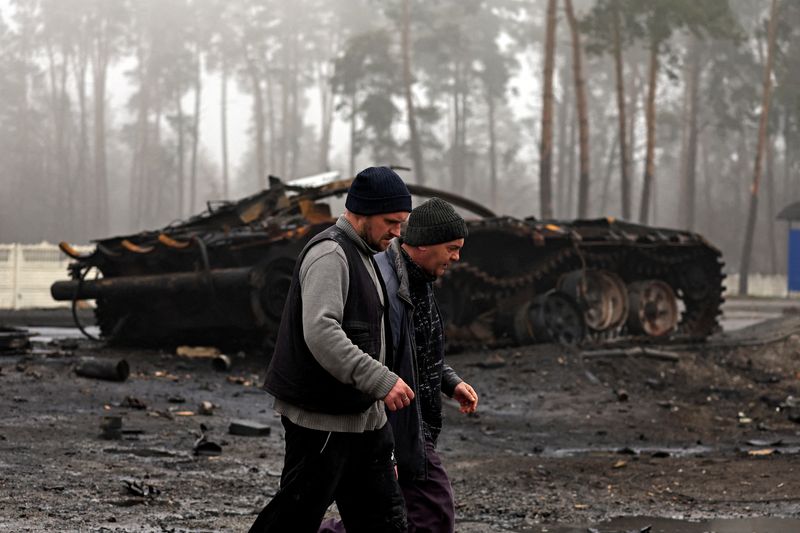