NEW DELHI – Anger against Sri Lankan President Gotabaya Rajapaksa’s handling of a deepening economic crisis in the island nation of 22 million people spiralled into violence late on Thursday, as hundreds of protesters clashed with police for several hours.

A severe shortage of foreign currency has left Rajapaksa’s government unable to pay for essential imports, including fuel, leading to debilitating power cuts lasting up to 13 hours.

Ordinary Sri Lankans are also dealing with shortages and soaring inflation, after the country steeply devalued its currency last month ahead of talks with the International Monetary Fund (IMF) for a loan programme.

HOW DID SRI LANKA GET HERE?

Critics say the roots of the crisis, the worst in several decades, lie in economic mismanagement by successive governments that created and sustained a twin deficit – a budget shortfall alongside a current account deficit.

“Sri Lanka is a classic twin deficits economy,” said a 2019 Asian Development Bank working paper. “Twin deficits signal that a country’s national expenditure exceeds its national income, and that its production of tradable goods and services is inadequate.”

But the current crisis was accelerated by deep tax cuts promised by Rajapaksa during a 2019 election campaign that were enacted months before the COVID-19 pandemic, which wiped out parts of Sri Lanka’s economy.

With the country’s lucrative tourism industry and foreign workers’ remittances sapped by the pandemic, credit ratings agencies moved to downgrade Sri Lanka and effectively locked it out of international capital markets.

The Rajapaksa government’s decision to ban all chemical fertilisers in 2021, a move that was later reversed, also hit the country’s farm sector and triggered a drop in the critical rice crop.

As of February, the country was left with only $2.31 billion in its reserves but faces debt repayments of around $4 billion in 2022, including a $1 billion international sovereign bond (ISB) maturing in July.

ISBs make up the largest share of Sri Lanka’s foreign debt at $12.55 billion, with the Asian Development Bank, Japan and China among the other major lenders.

In a review of the country’s economy released last month, the IMF said that public debt had risen to “unsustainable levels” and foreign exchange reserves were insufficient for near-term debt payments.

In a note late last month, Citi Research said that the IMF report’s conclusion and the government’s recent measures were insufficient to restore debt sustainability, strongly indicating “the need for debt restructuring”.

WHO IS HELPING SRI LANKA?

For months, Rajapaksa’s administration and the Central Bank of Sri Lanka (CBSL) resisted calls by experts and opposition leaders to seek help from the IMF despite rising risks.

But after oil prices soared in the wake of Russia’s invasion of Ukraine in late February, the government eventually drew up a plan to approach the IMF in April.

The IMF will initiate discussions with Sri Lankan authorities on a possible loan program in “coming days”, an IMF spokesman said on Thursday.

Before heading to the IMF, Sri Lanka steeply devalued its currency, further stoking inflation and adding to the pain of the public, many of whom are enduring hardship and long queues.

In the interim, Rajapaksa has also sought help from China and India, particularly assistance on fuel from the latter. A diesel shipment under a $500 million credit line signed with India in February is expected to arrive on Saturday.

Sri Lanka and India have signed a $1 billion credit line for importing essentials, including food and medicine, and the Rajapaksa government has sought at least another $1 billion from New Delhi.

After providing the CBSL with a $1.5 billion swap and a $1.3 billion syndicated loan to the government, China is considering offering the island nation a $1.5 billion credit facility and a separate loan of up to $1 billion. 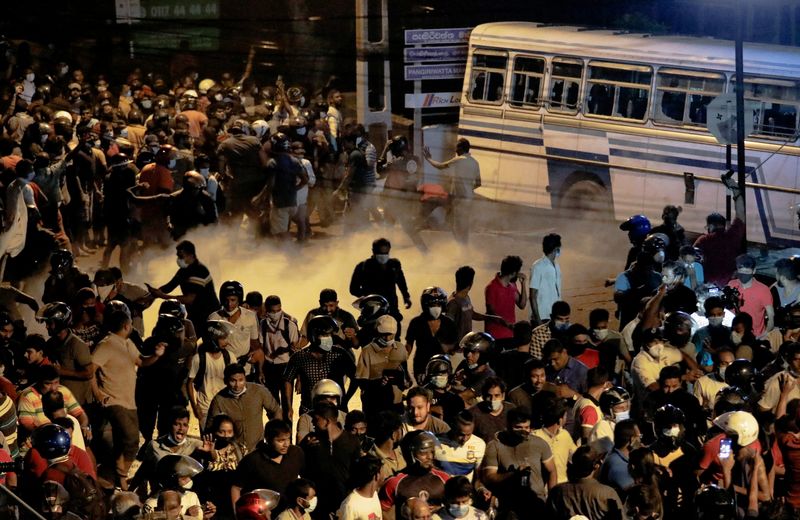