(Reuters) – The U.N. climate science panel publishes its final report in the current assessment cycle on Monday, and this time will focus on ways of curbing greenhouse gas emissions, although the consensual nature of the reports means it could steer away from the most dramatic warnings.

Hundreds of scientists will have endorsed the findings on climate change as fact. And like all reports by the U.N. Intergovernmental Panel on Climate Change, Monday’s will be released only after 195 governments have signed off not just on the findings – but also on how those findings are worded in the report’s summary.

That hard-fought global consensus can buttress a report against climate deniers casting doubt on its contents. But the consensus also comes at a cost, scientists say.

Getting everyone to agree on the facts and forecasts means that more confident projections are approved, while less certain scenarios – even if potentially devastating – get downplayed.

A 2012 study in the journal Global Environment Change dubbed this trend ESLD or “erring on the side of least drama”.

But because there hadn’t been much time for scientists to scrutinize and retest the new results, that more extreme projection was left out of that year’s report, and IPCC authors instead predicted a far more conservative 18-59 centimetre (7-23 inch) rise by 2100.


Coastal communities weren’t warned of the full risks they faced until the next IPCC reports in 2013, and even more thoroughly in last year’s, said Jessica O’Reilly, an anthropologist at Indiana University and co-author of the study.

Improvements in climate science since the first IPCC report in 1990 have made each assessment round more detailed and nuanced, highlighting possible climate impacts even if scientists aren’t 100% sure they will come to pass.

On sea levels, last year’s IPCC report said the world could see an average rise of nearly 2 metres by 2100, though that is uncertain.

“My colleagues appear to now believe that, if accurate statements about the science are also seen as dramatic, then that’s just reality, and we shouldn’t pull any punches,” said study co-author Michael Oppenheimer, a climate scientist at Princeton University.

Because parts of the IPCC reports need government signoff, the reports are often referred to as political documents.

Some scientists worry that countries with interests in fossil fuels – the main driver of global warming – will seek to downplay climate impacts or dangers in the report’s roughly 40-page summary. The summary is a key document given that most people will never read the thousands of pages in the full report.

“I have never liked the idea that politicians have a final say on the wording of the report,” said Michael Mann, a Pennsylvania State University climate scientist. “That privilege has been abused by bad state actors.”

During the closed-door negotiations over the previous IPCC report on adapting to a warmer world, released in February, oil-producing Russia and Saudi Arabia sought more emphasis on positive climate impacts.


For example, Russia wanted to highlight benefits to Arctic fishing from the irreversible loss of polar sea ice, according to summaries of the proceedings made public by the non-profit International Institute for Sustainable Development.

Most of Russia and Saudi Arabia’s suggestions were not adopted.

Governments rarely seek to suppress scientific information, though, as that could invite even more scrutiny of a government’s climate position, said past IPCC author Pete Smith of the University of Aberdeen in Scotland.

Even without any objections, having every country analyze every word and approve the summary line-by-line is “painful,” Smith said in an email to Reuters.

“I don’t have the attention span/patience for this!” 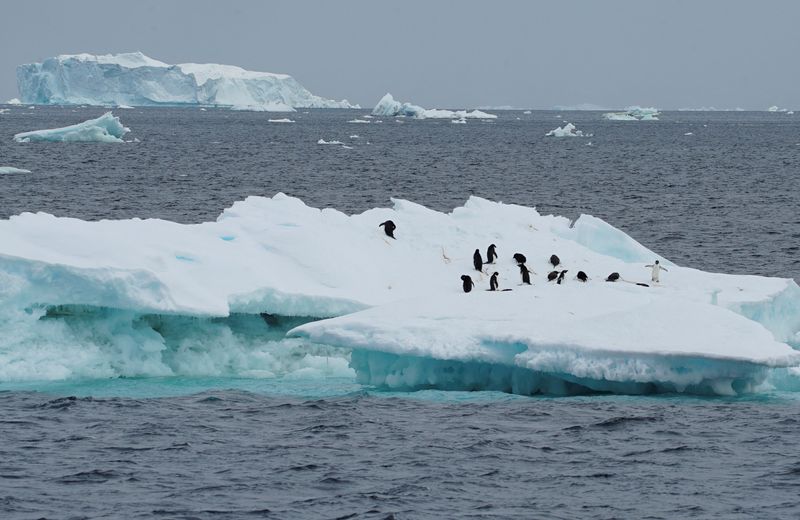