HOUSTON/CARACAS (Reuters) – Petroleum exports from Venezuela declined about 4% in March from the previous month as its state-run oil company dealt with crude cargoes returned by customers over poor oil quality, documents and vessel monitoring data showed.

A high-level meeting between U.S. and Venezuelan officials in Caracas in early March has opened the doors to talks about a possible easing of sanctions Washington imposed on the OPEC member’s oil industry since 2019.

But the export data showed PDVSA is still hobbled by years of mismanagement and lack of basic maintenance to key infrastructure for producing, upgrading, refining, storing and exporting oil.

In March, the state firm and its joint ventures shipped an average of 644,419 barrels per day (bpd) of crude and refined products in 23 cargoes mostly to Asia, slightly below the prior month and below the same month of 2021, according to internal PDVSA documents and data from Refinitiv Eikon.

At least one cargo of diluent fuel oil from the Petropiar production joint venture was returned to PDVSA after the customer reported it as “off specification,” an internal document from the state company showed. Another cargo had been returned in February over similar issues.

PDVSA did not reply to a request for comment.

Russia’s invasion of Ukraine and related sanctions, which are reshuffling global oil flows, have raised hopes for a return of Venezuelan output to its traditional markets, especially the United States after three years of suspension due to its sanctions on PDVSA.


The Venezuelan company has begun talks to buy and lease oil tankers to enlarge its fleet, while foreign firms including Chevron Corp, Eni and Repsol have pressed for operating licenses and authorizations to take Venezuelan oil if U.S. sanctions ease.

Lower crude production allowed the company in March to drain a portion of accumulated stocks, the data showed. February data was lowered to reflect a cargo that had loaded but not set sail that month.

PDVSA also continued attempting to restart its Petromongas crude upgrader, which is key to converting its heavy crude to exportable grades, but at month’s end it was still offline, the documents showed.

(Reporting by Marianna Parraga in Houston and Mircely Guanipa in Caracas; Editing by Marguerita Choy) 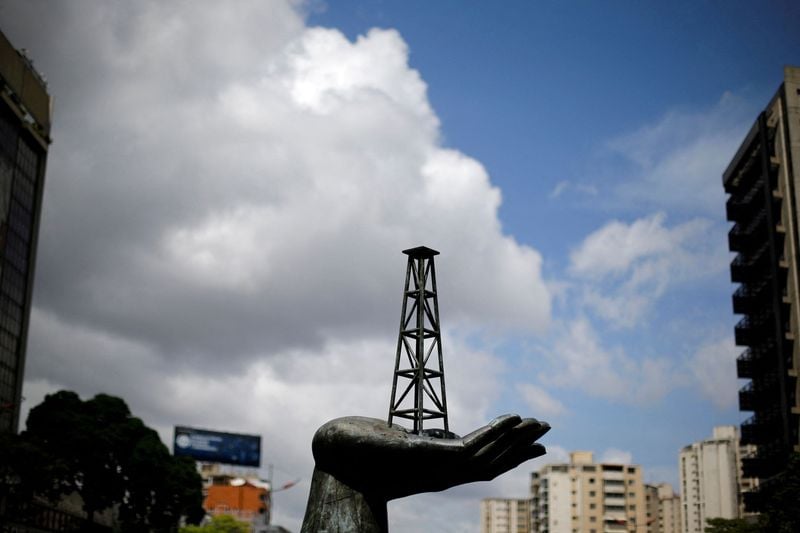