CERNOBBIO, Italy – The European Central Bank plans to raise interest rates some time after winding down its bond purchase programme in the third quarter of this year, ECB board member Isabel Schnabel said on Saturday.

The head of the ECB’s market operations said net asset purchases would be concluded in the third quarter, as long as data supported the expectation that medium-term inflation outlook will not ease.

“We will hike interest rates some time after, as appropriate, in light of incoming data,” Schnabel said at an event in Cernobbio in northern Italy.

Annual consumer price growth hit 7.5% in March, the highest reading on record, as Russia’s war in Ukraine is pushing up food and fuel prices, leaving consumers in the West poorer.

“The speed of normalisation … will depend on the economic fallout from the war, the severity of the inflation shock and its persistence,” Schnabel said.

Accelerating price growth is leaving the ECB, and other major economies’ central banks with an acute policy dilemma.

Inflation on its own would warrant monetary tightening, especially since record low unemployment foreshadows higher wages, the precondition for durable inflation.

But policy tightening now could crash an economy that is already near stagnation as the war in Ukraine saps consumer spending power and depresses business investment.

The ECB’s mandate is price stability so it should prioritise that in the face of high inflation while governments could support economic growth through targeted fiscal measures, avoiding overly expansionary policies that would complicate the bank’s task, she said.

“A central bank that is perceived as being committed to protecting its mandate can contain inflation at a lower economic cost,” by bringing down inflation expectations, she said.

The ECB will next meet on April 14. At its last meeting, it decided to end bond purchases in the third quarter but made no further policy commitment, arguing that policy must remain flexible.

Both the U.S. Federal Reserve and the Bank of England have begun monetary tightening.

(Reporting by Sarah Marsh in Berlin and Francesco Zecchini in Cernobbio, Italy, editing by Clelia Oziel) 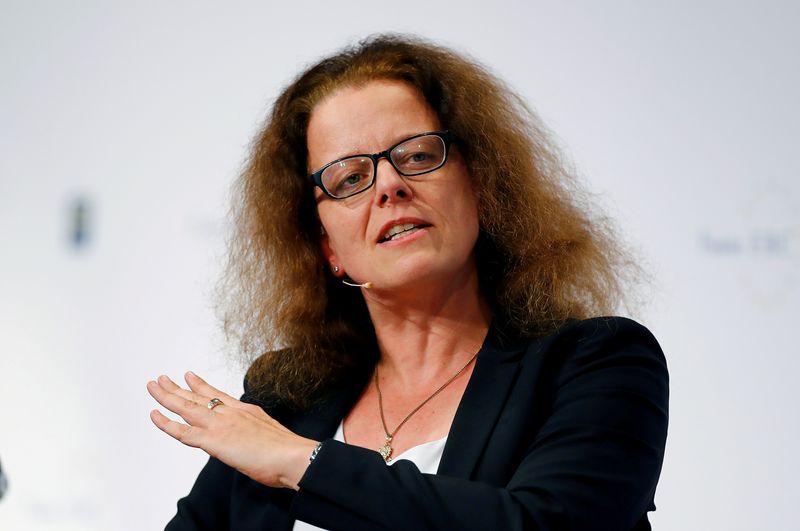