(Reuters) – The European Union on Sunday accused Russian troops of committing atrocities in the Kyiv region after the mayor of the town of Bucha said 300 residents had been killed during a month-long occupation by Russian forces.

Ukraine said on Saturday its forces had retaken all areas around Kyiv, claiming complete control of the capital region for the first time since Russia launched its invasion on Feb 24. The mayor of Bucha, a liberated town 37 km (23 miles) northwest of the capital, said 300 residents had been killed by the Russian army.

“Shocked by haunting images of atrocities committed by Russian army in Kyiv liberated region,” the president of the EU Council grouping the bloc’s member states, Charles Michel, commented on Twitter.

Russia has previously denied targetting civilians and rejected allegations of war crimes in what it calls a “special military operation” in Ukraine. The Russian defence ministry in Moscow did not immediately reply to a request for comment when asked on Sunday about bodies found in Bucha.

Michel said the EU was assisting Ukraine and non-governmental organisations in gathering the necessary evidence for the prosecution of crimes in international courts.

“Further EU sanctions and support are on their way,” he added. 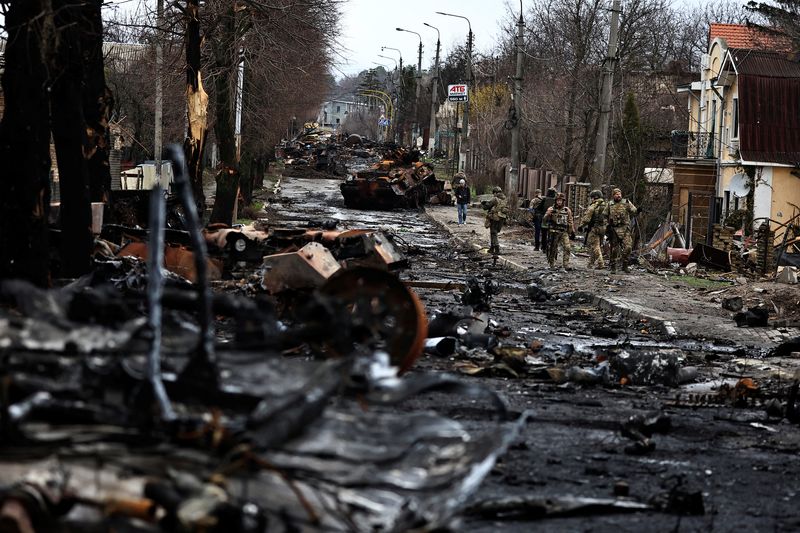