WASHINGTON -Negotiators in Congress have agreed to an additional $10 billion in COVID-19 funding to address U.S. needs but have dropped international aid from the package, Senate Majority Leader Chuck Schumer said on Monday.

The compromise, if passed, would be less than half of the $22.5 billion initially sought by U.S. President Joe Biden to combat COVID, prepare for future variants and shore up the nation’s pandemic infrastructure.

“The House looks forward to considering this urgent package upon its passage in the Senate and sending it to the President’s desk for signature,” U.S. House of Representatives Speaker Nancy Pelosi said in a statement.

“While this agreement does not meet the Administration’s full request, this package will fulfill immediate needs to secure more vaccines, boosters, testing and therapeutics to keep the pandemic at bay – and it must be enacted as quickly as possible,” Pelosi added.

Biden has said more funding is needed as the world continues to fight COVID in the pandemic’s third year. While U.S. officials have said they do not expect a surge from the latest BA.2 Omicron variant, they have pointed to the need to continue to make vaccines available at no cost and to boost surveillance and testing.

U.S. regulators last week approved a second booster shot for older and immunocompromised Americans, but administration officials have said without more funding from Congress money will run out for the free shots.

“The consequences of inaction are severe,” Biden warned lawmakers at a White House event last week.

Lawmakers had been weighing a $15 billion measure that included $5 billion in international aid. Health experts have said without full global immunization efforts the virus can continue to mutate, increasing the risk of infection and vaccine evasion.

Members of Congress negotiating the package, however, could not agree on how to pay for the global response.

One of the negotiators, Republican Senator Mitt Romney, said he was open to funding global efforts in a separate, “fiscally-responsible solution” in coming weeks.

A Senate vote on the $10 billion measure could come as soon as this week. Approval would send it to the House of Representatives. 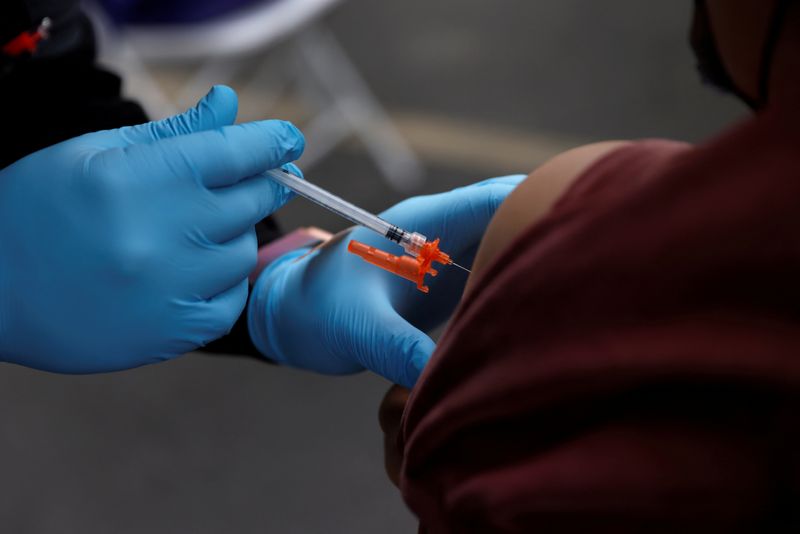