Surprise EU proposals to ‘clarify’ when banks based outside the bloc can serve customers in the 27-country union with or without a local branch were tucked away in a draft reform of bank capital rules last October.

The proposals have put banks from Switzerland, Britain, Japan, the United States and elsewhere on the alert as many foreign lenders currently offer wholesale services in the EU directly from abroad without having to set up a costly branch there.

Bankers fear that political fallout from Brexit is prompting Brussels to build up autonomy in EU banking while making it harder for companies to shop around globally for services.

“The proposals represent a major change to the existing regimes regulating cross-border business into the EU, rather than a clarification of existing treatment,” the Association for Financial Markets in Europe (AFME), a lobby group representing Europe’s wholesale capital markets, said in a note to members.

“The proposals would have a significant adverse impact on the ability of EU financial institutions, corporates, governmental entities and individuals to access international markets and cross-border services,” AFME said.

Under national laws in some EU states which predate the single market, foreign banks can offer wholesale investment banking services such as advice on floats or mergers without the need for a local branch.

There are no figures available on this largely opaque activity.


Many foreign banks have operations in the EU but fear they would no longer be able to draw on expertise they have outside the bloc when needed. Those without an EU branch already may not have enough ad hoc business in the bloc to justify a branch, bankers say.

“This came completely out of the blue, though we thought something like that would happen because of Brexit,” a senior official at a global bank said.

“Now that it’s there, it’s a wild card and it’s very hard to predict what will happen.”

EU states and the European Parliament have the final say on the proposals with deliberations ongoing.

European banks, with more influence inside the bloc than their UK or U.S. counterparts, are putting together a submission to the EU.

The banks say an EU branch should be a requirement for core banking, such as deposit taking and lending, in all cases. This would end the discretion some EU states have exercised, an official familiar with the planned submission said.

Investment services, however, should be governed by the bloc’s “MiFID” securities rules, which have provisions to exempt a branch requirement for specified activities, the official said. Under the proposal as written, some of these activities could require a branch, the official said.

“We want to strike a balance between the objectives of the European Commission in terms of control, but without unnecessarily limiting too much the access of European companies to global services,” the official added.

Bankers also want a cost/benefit analysis on the proposals from EU banking and securities watchdogs the European Banking Authority and the European Securities and Markets Authority.


WHO CALLS THE SHOTS?

A spokesperson for the European Commission, the EU body which drafted the proposals, said its intention was to clarify where a branch is required when offering banking services such as deposit taking.

They also clarify how this is separate from providing investment banking services under national laws in EU states, the spokesperson said.

“The proposed clarification will ensure that there is a level playing field for all banks operating in the EU, and that our supervisors have at their disposal the necessary tools to protect the financial stability of the European Union and its member states,” the spokesperson added.

The European banks are treading carefully to avoid turning up the political heat from several factors which already make the outcome unpredictable, though few expect the status quo to remain.

Bankers say they also don’t want to be caught in the power battle between EU states who want to retain some say over banking on their national turf, and their regulator, the European Central Bank, which wants more visibility on foreign banking activity.

The proposals have also opened up debate over whether and who should decide if a foreign bank branch in the EU should become a subsidiary, adding further costs.

The ECB is also assessing whether new Brexit hubs opened by international banks in the bloc have sufficient staff and activity to justify their licences.


“The whole debate is about how much to tighten and who will call the shots,” a banking industry official said. 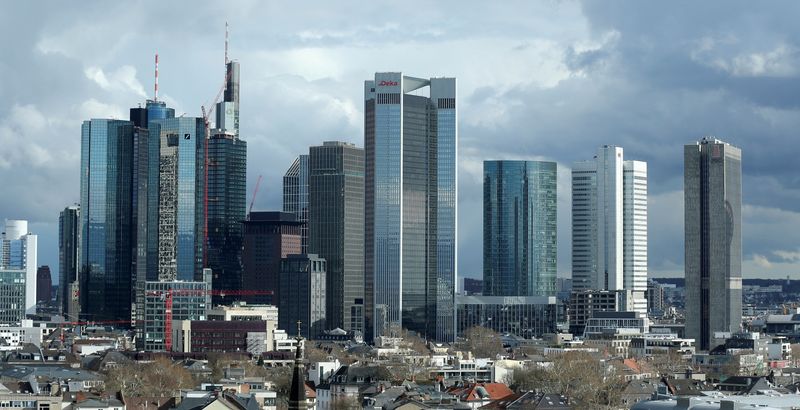