(Reuters) – Production of the new Air Force One jet by Boeing Co faced disruption early this year due to problems at the planemaker’s factory, the Wall Street Journal reported on Tuesday, citing people familiar with the matter.

The disruption involved attempts to place one of the two jets under development onto jacks but the weight on some of the jacks exceeded the limit, causing concerns over aircraft damage, the report added. (https://on.wsj.com/3u95Swi)

Boeing and the Pentagon are in negotiations over a delivery schedule for the new Air Force One jets, the Journal reported.

Last year, Boeing said that it found two empty tequila bottles on one of the Air Force One planes being developed in San Antonio facility, though alcohol is banned at all Boeing factories, according to media reports.

Former President Donald Trump had criticized the U.S. planemaker for high price tags for the heavily modified 747-8 aircraft. The company, however, received a $3.9 billion contract in 2018 to build two aircraft to be used as Air Force One jets.

Boeing’s 787 Dreamliner has also been plagued by production defects, while delivery delays have led to multiple complaints from airlines.

The aircraft maker did not immediately respond to a Reuters request for comment.

(Reporting by Nilanjana Basu in Bengaluru; Editing by Vinay Dwivedi) 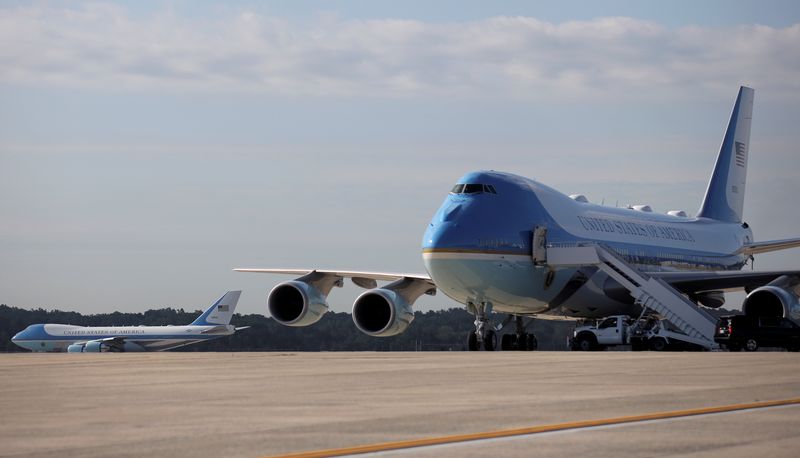