NEW YORK (Reuters) – Oil prices eased in volatile trade on Tuesday, pressured by a rising U.S. dollar and growing worries that new coronavirus cases could slow demand but losses were limited by supply concerns due to sanctions on Russia for alleged war crimes.

Early in the session, prices rose over $2 a barrel after Japan’s Industry Minister said the International Energy Agency (IEA) was still discussing a coordinated release of oil reserves that many traders thought was a done deal. After that, prices traded either side of unchanged for most of the day.

Demand worries mounted after authorities in top oil importer China extended a lockdown in Shanghai to cover all of the financial center’s 26 million people.

The American Petroleum Institute (API), an industry group, will issue its inventory report at 4:30 p.m. EDT (2030 GMT). On Wednesday, the U.S. Energy Information Administration (EIA) will issue the official report at 10:30 a.m. EDT.

The United States and the European Union (EU) proposed sweeping new sanctions against Russia over civilian killings in Ukraine, including an EU ban on coal imports.

German Foreign Minister Annalena Baerbock said the ban on coal will be followed by oil and then gas.

Moscow, which calls its action in Ukraine a “special operation,” said Western allegations of war crimes in the Ukrainian town of Bucha were a “monstrous forgery” aimed at denigrating the Russian army.

To calm oil prices, U.S.-allied countries agreed last week to a coordinated oil release from strategic reserves for the second time in a month.

Mizuho executive director of energy futures Robert Yawger said the U.S. plan to release 180 million barrels of oil from its Strategic Petroleum Reserve has narrowed the spread between current and later-dated crude futures.

Yawger noted WTI futures were only trading in “super backwardation” with each month at least $1 a barrel below the prior month through October 2022. A month ago, he said the curve was in super-backwardation through November 2023.

Supply concerns in several Organization of the Petroleum Exporting Countries and their allies (OPEC+), including Iraq and Kazakhstan, also supported prices. 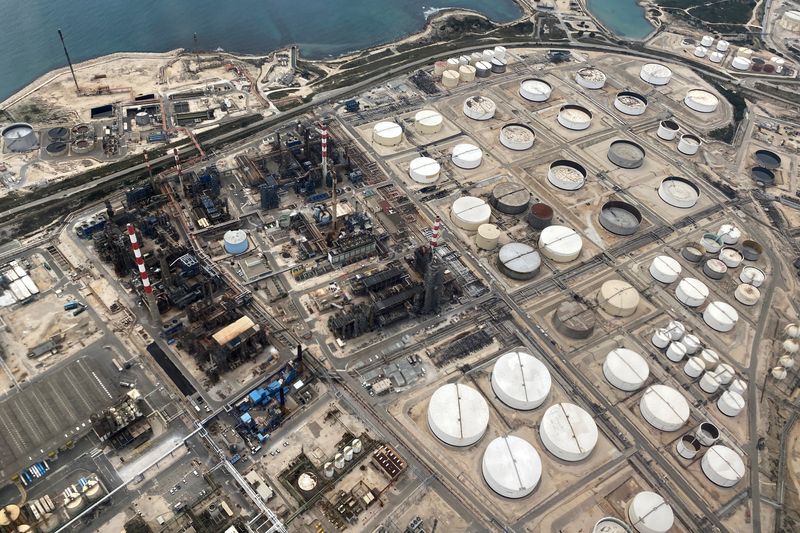