By Prerana Bhat and Tushar Goenka

BENGALURU (Reuters) – The Reserve Bank of India will delay its first interest rate rise by at least four months to August at the earliest, according to a Reuters poll of economists who said the central bank must now start worrying about inflation.

Inflation has held above the RBI’s 6% upper threshold so far this year, casting doubt on its current strategy of keeping rates low to bolster growth even as some central banks are already raising borrowing costs in this cycle.

At its last policy meeting in February, the RBI did not deliver what was expected to be a small rise in its reverse repo rate to set the stage for lifting the repo rate, the main policy tool, from 4.0% where it has been for nearly two years.

All but six of 50 respondents polled March 29-April 5 forecast no repo rate change on Friday. Thirty-two expected rates to still be unchanged by end-June.

Twenty-five forecast the repo rate to climb by 25 basis points to 4.25% in the third quarter, while 15 saw rates rising to 4.50% or higher. The RBI meets to set policy in both early August and late September, meaning a rate rise is at least four months away.

In a February poll, 28 of 41 respondents expected at least one rate hike by end-June.

“The key reason for pushing out our repo (rate) hike to Q3 is the RBI’s staunch defence of its accommodative stance, viewing inflation largely as a supply-side issue that will pass,” said Dhiraj Nim, economist at ANZ.

“I don’t see a reason for another delay unless the expected rise in core inflation doesn’t materialise and inflation eases. With oil prices where they are, that is extremely unlikely. The RBI should start giving more weight to inflation in their policy assessment.”


While its dovish stance matches most of its Asian peers, the RBI is well behind major central banks like the U.S. Federal Reserve and the Bank of England in tackling the latest surge in global inflation.

Asked whether the RBI’s Monetary Policy Committee should now shift its focus to inflation from growth, 23 of 37 respondents said it should, while the remaining 14 said it should not.

“I think the extremely dovish members of the MPC need something of a reality check on inflation if they are ever to act. It will probably take some upward shocking inflation numbers for them to pay more attention,” said Miguel Chanco, chief emerging Asia economist at Pantheon Macroeconomics.

Inflation was expected to have peaked at 6.1% last quarter but is forecast to remain above the RBI’s 4.0% medium-term target until at least 2024. All median forecasts for inflation were higher than in a previous macroeconomic poll in January.

Economic growth, on the other hand, was downgraded to 8.7% for the previous financial year and 7.5% for the current one, from 9.2% and 8.0%, respectively. This comes after lacklustre growth in the final quarter of 2021.

Twenty-six of 35 economists saw a low or very low chance of the Indian economy entering stagflation, a prolonged period of high inflation and low growth, in the next two years. RBI Governor Shaktikanta Das recently dismissed this as a risk.

The remaining nine respondents said there was a high chance of stagflation.

“The conflict in Europe brings risks of higher inflation and slower growth. From a macroeconomic standpoint, India’s policymakers have experienced a narrowing of their policy options in the last few weeks,” noted Rahul Bajoria, chief India economist at Barclays.


(For other stories from the Reuters global economic poll:) 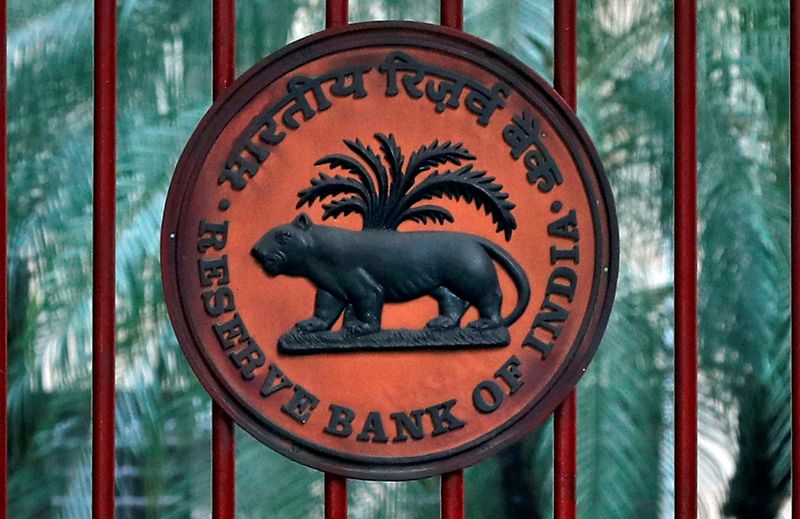