ALLONNES, France – For three years, Karim Daoud ran the mosque in this small town in northwest France. He also coached kids’ soccer teams and for more than two decades has worked for the local council’s youth services.

Daoud was among those who visited a nearby Catholic church to express solidarity following a deadly Islamist extremist attack at a church in southern France in 2020.

Last October, the interior ministry’s local office gave the 46-year old a medal to recognise his long service as a public employee.

Days later, the local interior ministry office closed the mosque for six months, saying it was promoting “a radical practice of Islam” and “cultivating a feeling of hate towards France,” according to the closure order.

But the mosque’s representatives – who deny the allegations – say the government has provided scant public evidence about the grounds for that decision.

It’s one of a growing number of mosques closed by authorities using an array of powers that rights activists, international organisations – including the United Nations – and members of the Muslim community say give authorities carte blanche to close down places of worship without proper scrutiny and with procedures so opaque the case can’t be overturned.

“It’s Kafkaesque,” said Fionnuala Ni Aolain, a UN special rapporteur on the protection of human rights while countering terrorism, of the legal procedures used in such cases, which can include evidence where the source isn’t identified. “The flirtation with secretive evidence is in itself worrying, but it also breaches provisions in international treaties” relating to the right to a fair trial and equality before the law, she said.

French President Emmanuel Macron, who came to power five years ago on a centrist platform, has toughened his stance on law and order – a hot-button issue in a country that has seen a series of deadly extremist attacks in recent years. Macron is running for re-election this week in a contest where he faces stiff competition from the right.

The 44-year old president has implemented a raft of laws and measures aimed, he says, at tackling violent extremism and Islamist radicals who challenge France’s secular values. But critics say Macron has given outsize powers to security forces and chipped away at democratic protections, leaving Muslims vulnerable to abuse.

Many Muslims now feel France – home to one of the largest Muslim populations in Europe – has become a more hostile place. Interior ministry data shows a sharp increase in anti-Muslim discriminatory and other acts in 2021, even as other faiths saw a decline.

Macron’s government has touted the Allonnes mosque closure as a prime example of its crackdown on what it calls Islamism. French authorities have closed 22 mosques over the past 18 months, according to the interior ministry – which, according to a ministry official, was a marked increase from the combined total over the previous three years. It added authorities have investigated some 90 out France’s total of roughly 2,500 Muslim places of worship on suspicions of spreading “separatist” ideology, which the government says challenges France’s secularism.

On the Allonnes mosque, the interior ministry said authorities provided detailed evidence to the court to support the allegations and that the mosque’s lawyers had the opportunity to challenge it, but were ultimately unsuccessful.

Daoud, who had been the mosque association’s president, says he has no links to violent extremism, either direct or indirect. Of the mosque’s closure, he said “for me it’s an injustice. It’s a big disappointment with respect to our involvement” with the town.

Nabila Asmane, a lawyer representing the mosque’s leaders, told Reuters that the interior ministry didn’t provide sufficient evidence to substantiate the serious accusations it made as part of its case to close the mosque, that the government’s case was based on false allegations and that the investigation hadn’t been thorough. Asmane added: “It’s not the lawyers that failed, but justice.”

France’s highest administrative court in November upheld the government’s decision to close the mosque. In January, the government announced the mosque association’s dissolution; an appeal by the mosque leaders in the same court – the Conseil d’Etat – is still pending.

Under the administrative procedures, such as those used with the Allonnes mosque, the closures are temporary. But some mosques don’t re-open, according to rights activists and the interior ministry. The ministry didn’t specify how many of the 22 mosques had reopened.

Macron faces the first round of the presidential election on Sunday, with a run-off scheduled for April 24 if no one wins a simple majority. The president is currently the favourite in opinion polls, but it could be a close race.

In October 2017 – five months after Macron became president – the French parliament adopted a new anti-terrorism law that bolstered police surveillance powers and made it easier to close mosques suspected of preaching hatred, with limited judicial oversight. It replaced the state of emergency that had been imposed in late 2015 after militants killed 130 people in coordinated attacks across Paris.

Macron said at the time that “jihadist terrorism” remained the biggest security threat to France.

Under the 2017 law, the interior ministry has the power to close places of worship for up to six months if there are suspicions that they are being used to propagate hate speech or incite violence, provoke acts of extremist violence or justify terrorist acts. Religious sites can appeal closures via France’s administrative court system, which handles disputes between citizens and public bodies. Administrative proceedings typically don’t involve witnesses being called.

Related News:   GM To Make $650 Million Investment In Key Nevada Lithium Mine. But There’s A Problem

In Allonnes, in the suburbs of Le Mans, the mosque has for the last decade or so been based in a low-rise, nondescript, modern building. Some 250 people used to pray at the mosque, according to Daoud.

On October 11, 2021, the local interior ministry’s office notified the leaders of its plans to close the mosque, which it did two weeks later.

Interior minister Gerald Darmanin highlighted the government’s move on social media. “The sermons preached in this mosque legitimized in particular the use of armed jihad while cultivating a feeling of hatred towards France,” he said in an October 26 Twitter post.

The mosque leaders sought to appeal the move. The French government’s case is laid out in a 20-page document called a “note blanche,” or white memo, which was submitted to the administrative court in Nantes the evening before the October 29 hearing, a time stamp on it shows.

A white memo is a document composed by French intelligence services and serves as the basis for the closure of the Allonnes mosque. The document, which isn’t publicly available but which Reuters reviewed, doesn’t identify when it was compiled, who by, or where the information came from – as is typically the case with white memos.

It alleges that four people associated with the mosque, including Daoud and another mosque leader, expressed sympathy between September 2020 and April 2021 for two different violent extremist attacks in France.

The white memo also lists five books found at the mosque that it identifies as “radical.” According to Daoud Riffi, who teaches Islam studies at the Lille Institute of Political Studies, four of them are widely available in specialist bookstores and online. The other one, ‘Riyad as-Salihin’ or The Gardens of the Righteous, is a 13th century book which is held at the French national library.

The government also alleged in the white memo that preachers told worshippers France was a depraved country that would be punished by Allah, that they glorified armed jihad, and that some worshippers were heard calling for violent combat – without identifying who heard the worshippers say that.

Daoud told Reuters the government’s case misinterprets the term “jihad,” which can mean armed combat but is often used to refer to the jihad al-akbar, meaning a non-violent struggle for self-improvement.

Daoud filed a complaint with the prosecutor’s office in December alleging that whoever provided the information to authorities was guilty of slander for falsely accusing him of promoting radical Islam and armed jihad. In the complaint, which was reviewed by Reuters, Daoud denied all links to terrorism.

Father Gregoire Cador, who had for four years served as the priest at the Catholic church a 10-minute walk from the mosque, said he could not reconcile the allegations with the mosque leaders he knew. “These accusations are a complete surprise to me,” said Father Cador, who moved to another parish last year.

Reuters spoke to more than a dozen mosque goers and other locals who said mosque leaders and imams appeared to express tolerant views and that they hadn’t heard them use hate speech.

At the October 29 court hearing, Asmane, the lawyer representing the mosque’s leaders, said the allegations were baseless and the closure infringed on rights to freely practice their religion, according to the judge’s ruling dated the same day.

The hearing lasted less than an hour, no witnesses were called and no additional evidence beyond the white memo was presented, Asmane told Reuters.

The judge rejected the appeal on the grounds that the white memo justified the closure, according to the ruling. The document doesn’t identify the judge.

The mosque leaders then brought the case to France’s highest administrative court, the Conseil d’Etat in Paris. During a Nov. 26 hearing, which lasted less than two hours and Reuters attended, the interior ministry’s legal representative Pascale Leglise said the white memo represented the “word of the state” and so was sufficient evidence. No witnesses were called.

William Bourdon, another lawyer representing the mosque’s leaders, told the hearing: “We’re in a state of the most complete powerlessness. Because the white memos at times contain real falsifications of the truth, which we cannot contest.” He cited a 2016 case in which the Conseil d’Etat ruled the white memo didn’t constitute sufficient evidence.

The court rejected the mosque’s appeal on the grounds that the white memo did provide sufficient evidence for the authorities’ decision and that the closure doesn’t infringe on religious freedoms, according to the ruling. A spokesperson for the Conseil d’Etat didn’t respond to requests for comment.

The Allonnes mosque now stands empty, a copy of the closure order posted on the door.

Maryam Gasnier, 63, said she used to share prayers and meals with other women every Friday at the mosque, a three minute walk from her apartment. Now that it’s shut, she said she and her friends have been deprived of a social hub.

Najia Zeroual said her daughters – age 14 and 12 – took Arabic classes twice a week at the mosque, but the lessons have now stopped. “If there are people professing jihadist ideas, then they should be dealt with,” she said. “But you should not penalise the youngsters.”

The six-month closure order expires on April 25. In the meantime, some Muslims in Allonnes are trying to form a new association but Daoud says he won’t get involved.

Daoud’s personal assets have been frozen since October under an administrative order issued by the government, on the same grounds as the mosque closure. He still holds the same job at the city’s youth service, but doesn’t have direct access to his bank account. Household bills are paid automatically from his account and for all other expenses, he said, he has to get by with a 500-euros monthly allowance in cash.

“Everything is done to humiliate us,” he said. 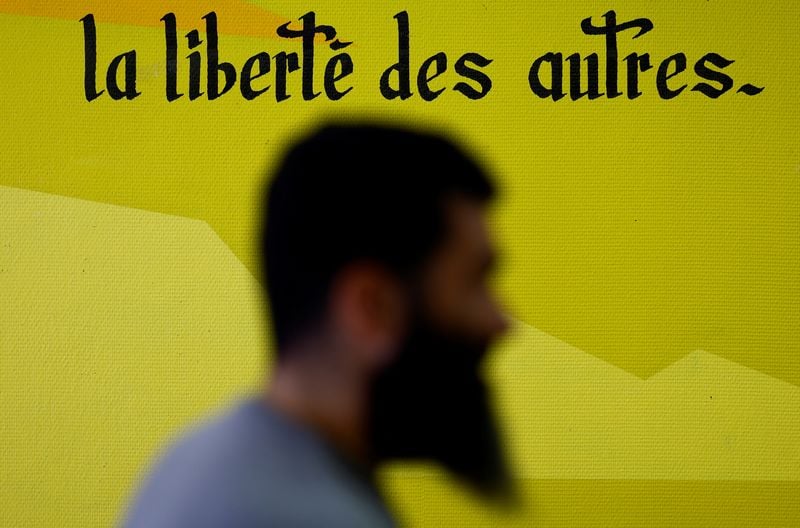 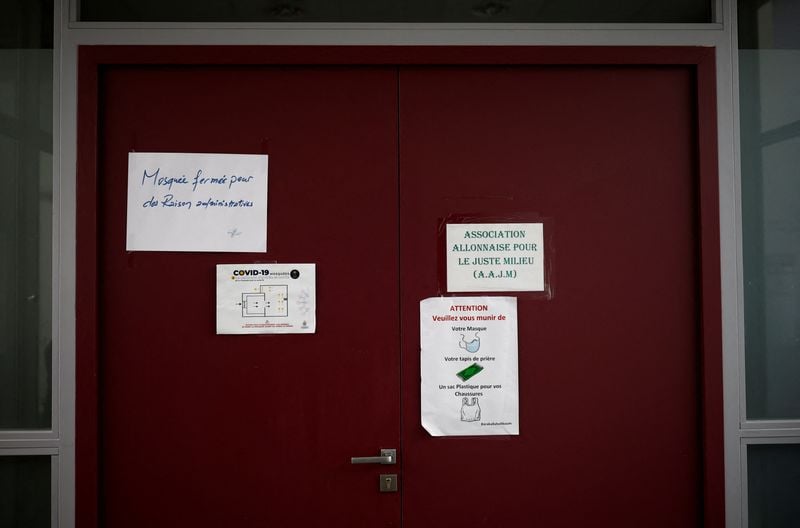 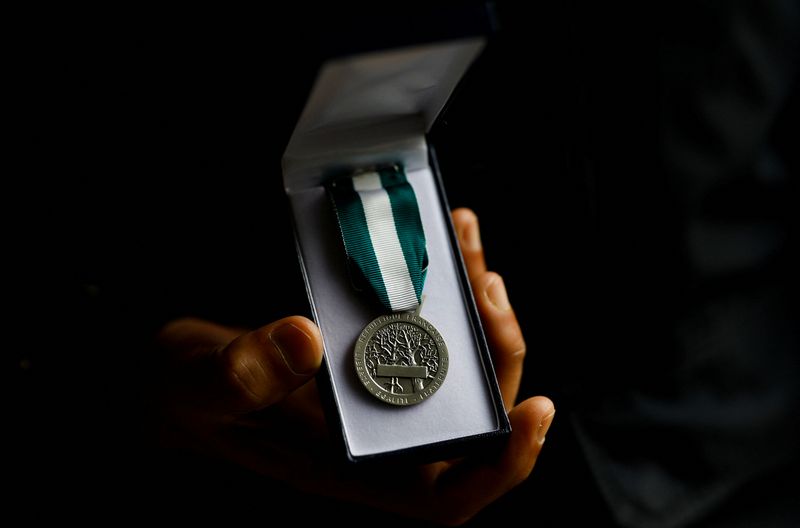 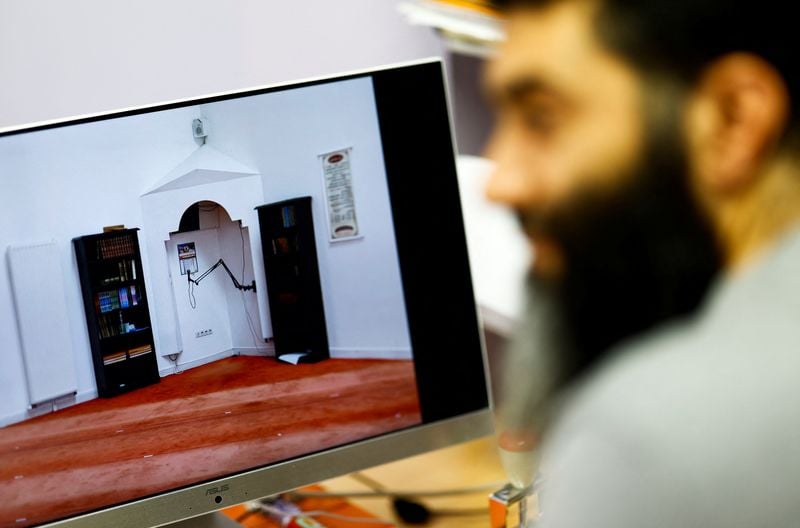 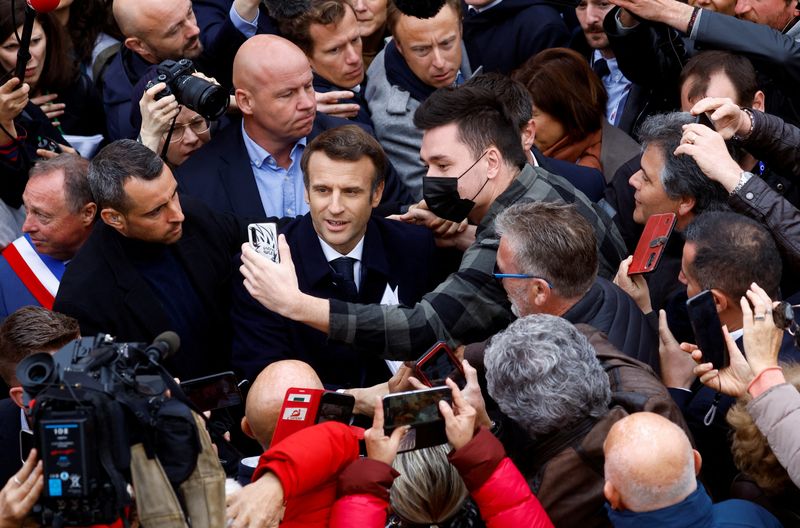