WASHINGTON -U.S. Senate Republican leader Mitch McConnell said on Tuesday that Democrats will need to agree to a vote on an amendment to preserve Trump-era, pandemic-related immigration restrictions in exchange for Republican support for a $10 billion COVID-19 spending package.

“There will have to be an amendment on Title 42 in order to move the bill,” McConnell said at a news conference.

“There are several other amendments that we’re going to want to offer. And so there we’ll need to enter into some kind of agreement to process these amendments in order to go forward with the bill,” he said.

U.S. health officials are expected to end what is known as Title 42, a sweeping, pandemic-related expulsion policy that has effectively closed down the U.S. asylum system at the border with Mexico.

Republicans argue that doing away with the restrictions, set in place in March 2020 under former President Donald Trump, will encourage more migrants to enter the United States illegally at a time when border crossings are already breaking records.

An amendment vote on Title 42 could complicate Democratic plans for a $10 billion COVID-19 relief bill unveiled on Monday. The sum for COVID-19, which dropped international aid from the package, is less than half of the $22.5 billion President Joe Biden had sought. 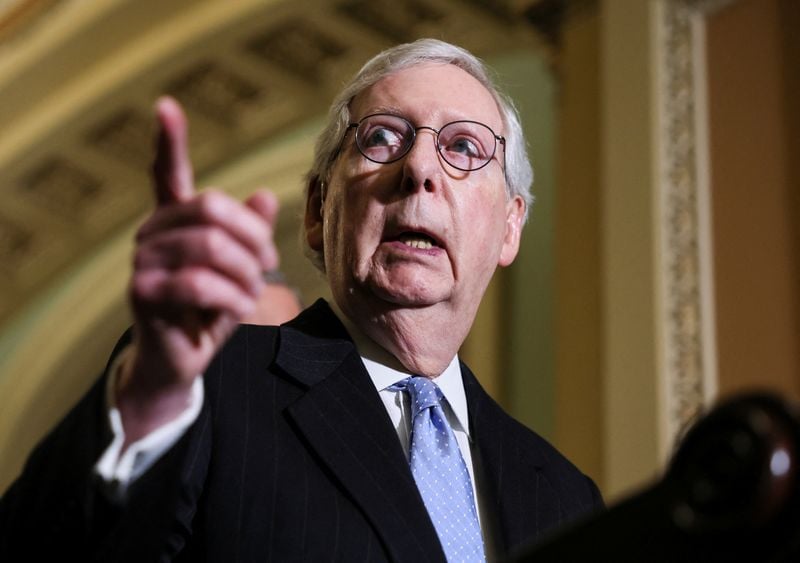