By Josh Horwitz and Kevin Yao

SHANGHAI (Reuters) – China’s top European business group warned on Wednesday that its “zero-COVID” strategy was harming the attractiveness of Shanghai as a financial hub, echoing analysts voicing caution over the mounting economic toll of the country’s coronavirus curbs.

China has for the past month been tackling multiple outbreaks with an elimination strategy that seeks to test, trace and centrally quarantine all positive COVID-19 cases.

Nomura estimated on Tuesday that a total of 23 Chinese cities have implemented either full or partial lockdowns, which collectively are home to an estimated 193 million people and contribute to 22% of China’s GDP.

The European Union Chamber of Commerce in China said that the strategy was causing growing difficulties transporting goods across provinces and through ports, harming factory output.

Chamber President Joerg Wuttke told a media roundtable that this would likely impact China’s ability to export, which could eventually stoke inflation.

“In China, COVID is still associated as if it were the plague. I think there needs a bit more education from the Chinese authorities, to take the fear away in order to make people more comfortable to live with this kind of uncertainty,” he said on Wednesday.

China, which has severely restricted international travel for the last two years, shows little inclination to ease up on its approach for now.

On Wednesday, Wu Zunyou, chief epidemiologist at the Chinese Center For Disease Control and Prevention, said that the epidemic situation would improve soon if China strictly implements existing COVID measures.

A handful of economists have lowered growth forecasts for the first half of 2022, as the COVID surge, coming amid persistent property weakness and global uncertainties, makes it harder for China to hit its full-year target of around 5.5%.

Shanghai-based Bank of Communications cut its forecast for China’s first-quarter GDP growth from 5% to 4%, with the drop coming solely from slowing activity in March, said senior economist Tang Jianwei.

Shanghai has put strict movement curbs on its 26 million residents, barring them from even leaving their front doors other than for COVID tests.

Dan Wang, chief economist at the Hang Seng Bank China in Shanghai, said the primary ripple effect for now from the city’s lockdown was in the financial and legal services sector.

For example, companies looking to go public typically have to work in person with legal teams based in Shanghai – but current travel restrictions make that impossible.

“Macro confidence will collapse if this lockdown continues like this, and it will be reflected in the stock market,” she said. “I expect monetary easing happening pretty soon in the second quarter.”

(Reporting by Josh Horwitz and Kevin Yao; and Alex Richardson) 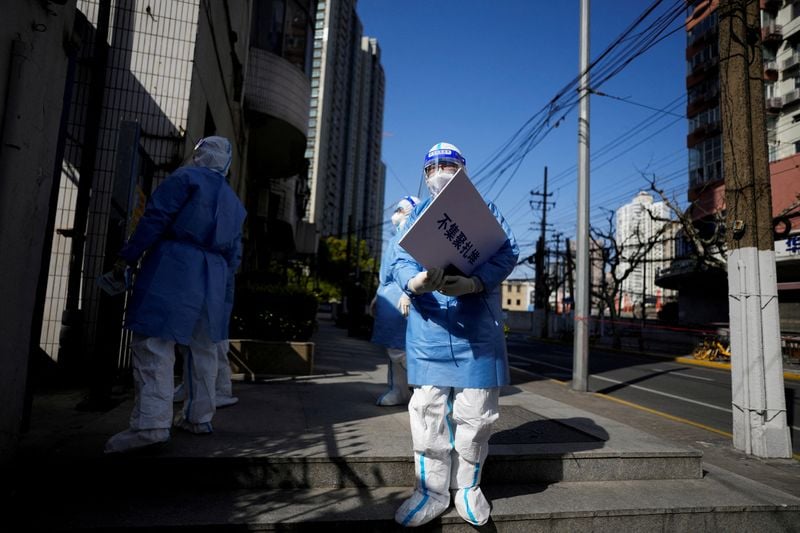 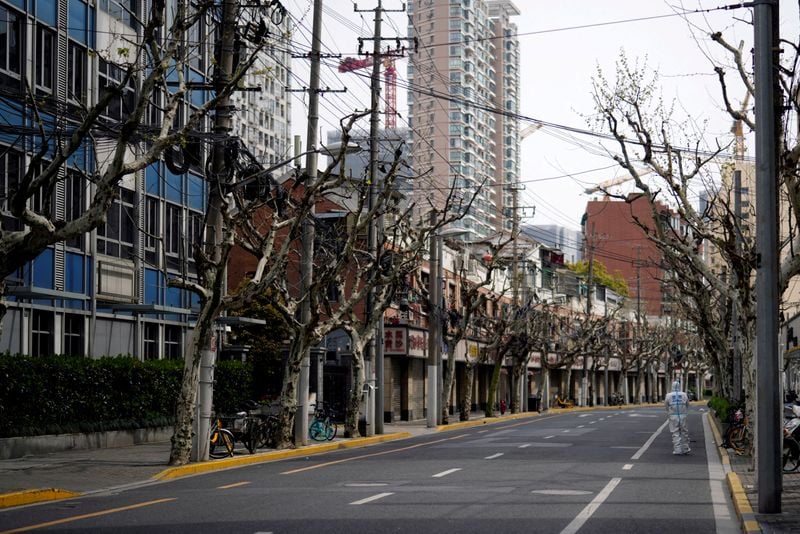