(Reuters) – Rock n’ Roll singer and actor Bobby Rydell, a teen idol in the 1950s and 60s who starred in the hit movie musical “Bye Bye Birdie” and recorded dozens of hits, has died in Pennsylvania, his website said. He was 79.

Rydell died on Tuesday of non-Covid-19 related pneumonia complications in a hospital in Abington, a statement on his website said.

Rydell rose to fame in 1950 as a entertainer on Paul Whiteman’s television show “Teen Club.” In 1959, his single “Kissin’ Time,” landed on Billboard’s Hot 100 Hits and launched him into stardom. He sold more than 25 million albums, awarding him 34 top 100 hits, the statement said.

Rydell made his film debut in the 1963 hit musical movie Bye Bye Birdie. He later went on to star in several movies, television series and comedy shows throughout his career.

Rydell made multiple appearances on Dick Clark’s “American Bandstand” and was the high school namesake in the iconic 1978 movie “Grease” a 1950’s-era musical teen love story.

Rydell was born Robert Louis Ridarelli on April 26, 1942 in Philadelphia, where a street is named after him.

In 1985, Rydell along with other Philadelphia-area entertainers, Frankie Avalon and Fabian, created The Golden Boys, who performed for decades.

In his biography, “Teen Idol on the Rocks: A Tale of Second Chances,” Rydell detailed his struggle with alcohol and depression following the death of his first wife and through a double organ transplant he received in 2012.

(Reporting by Brendan O’Brien in Chicago, Editing by Alexandra Hudson) 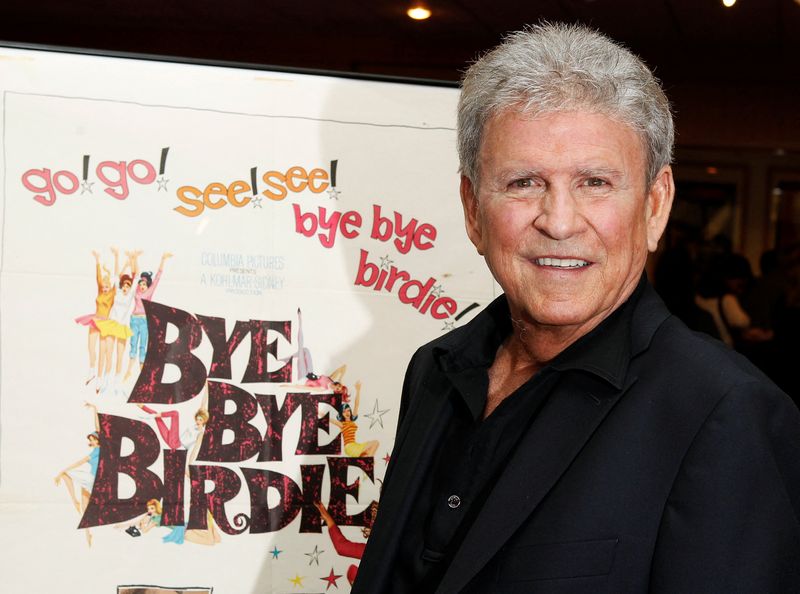