(Reuters) – Russia’s lower house of parliament has passed in a third and final reading on Wednesday a bill on delisting of companies that are registered in Russia and have depositary receipts traded on foreign bourses.

Their depositary receipts will be converted into equities traded in Russia, the bill showed.

The new bill obliges companies that are registered in Russia and have foreign listings to take steps to dissolve agreements that allow trading of depositary receipts outside Russia.

The bill will not affect companies with Russian roots that carried out initial public offerings (IPOs) on foreign exchanges, such as Yandex or TCS Group.

Lawmakers approved the bill after the London Stock Exchange suspended trading in the depositary receipts — which represent shares in a foreign company — of Russian companies in early March after prices crashed to record lows.

In London, depositary receipts in Russia’s largest lender Sberbank fell to almost zero days after Russian sent thousands of its troops to Ukraine.

In Moscow, Sberbank shares in Moscow rose 8% to 141.6 roubles ($1.77) per piece in the past 10 trading days after Moscow Exchange gradually resumed trading following a nearly month-long hiatus.

The new bill needs to be approved by the upper house of parliament and signed by President Vladimir Putin before it becomes law.

The central bank said last month Russian stock exchanges will keep listings of securities of foreign companies with Russian roots even if they delist from foreign bourses. 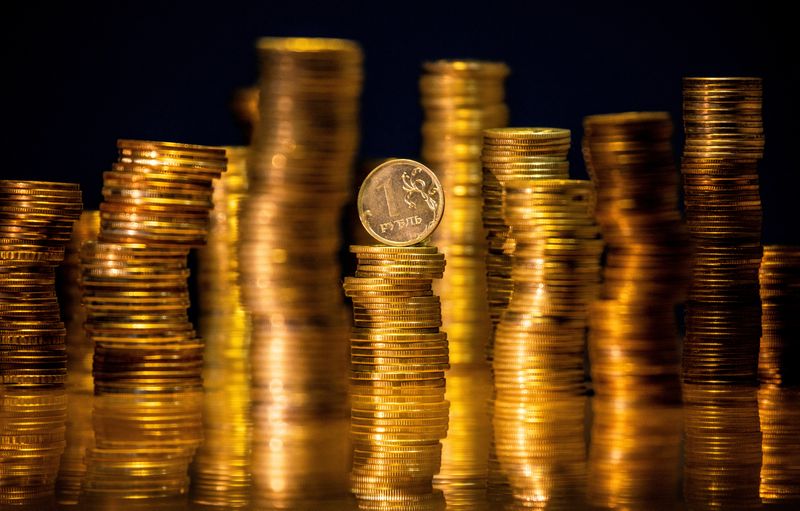