WASHINGTON -The White House held a classified briefing on Wednesday with some U.S. lawmakers on the dire risks to the American economy from semiconductor supply chain issues as it pushes Congress for $52 billion in funding to subsidize production.

A persistent industry-wide shortage of chips has disrupted production in the automotive and electronics industries, forcing some firms to scale back production. There have been growing calls to decrease reliance on other countries for semiconductors.

“A significant interruption to our supply of semiconductors could cause historic damage to the U.S. economy – damage far greater than the impact of chips shortages on the American auto industry right now – and would undercut our technological competitiveness and military advantages over adversaries globally,” the White House said.

The White House has been pushing Congress to approve U.S. subsidies for semiconductor chips manufacturing after months of discussions.

The Senate first passed $52 billion in chips funding in June that also authorized $190 billion to strengthen U.S. technology and research to compete with China, while the House of Representatives passed its version in early February. Deese said he hopes both the Senate and House will appoint negotiators this week to “quickly” begin a formal process to finalize a compromise bill.

“The risks are profound,” Deese said of what would the U.S. economy face with a severe disruption. Deese cited “economic moves by key competitors – most notably China around the escalating vulnerabilities we have from the semiconductor issue.”

A Commerce Department analysis that was prepared for the briefing seen by Reuters noted semiconductor fabs take years to construct.

“There is no quick fix in the face of emergency,” it said, adding private sector investment in U.S. chips production is not enough and “will not be sufficient to mitigate the risks associated with the current U.S. supply chain vulnerabilities.”

The bills take different approaches to addressing U.S. competitiveness with China on a wide range of issues, as well on trade and some climate provisions.

The Biden administration notes the United States produced nearly 40% of all chips in 1990 while today it accounts for only 12% of global production. 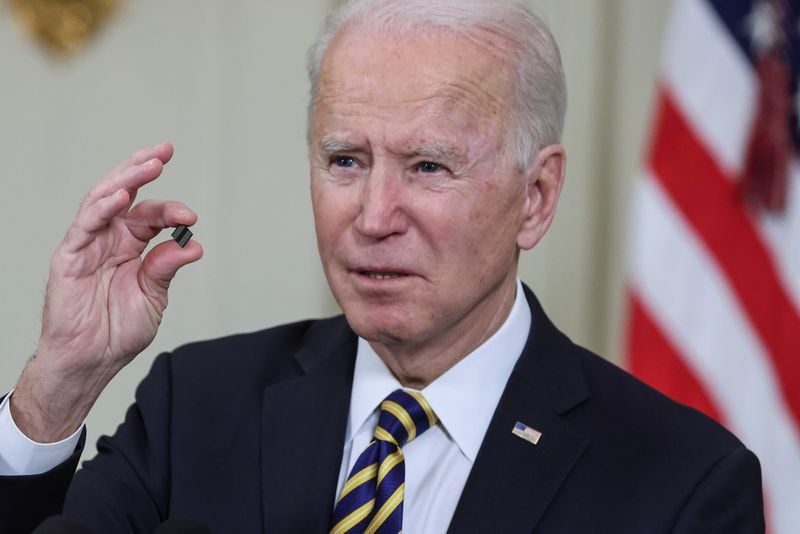