REUTERS POLL-CANADIAN DOLLAR SEEN UP 2% AT 1.23/USD IN ONE YEAR

Canada’s dollar will strengthen over the coming year as the Bank of Canada potentially hikes interest rates aggressively but gains could be capped by the economy’s dependence on the housing market, a Reuters poll showed.

The median forecast in the poll was for the Canadian dollar to edge 0.4% higher to 1.25 per U.S. dollar, or 80 U.S. cents, in three months’ time, matching last month’s forecast. It was then expected to climb to 1.23 in a year’s time.

Should Russia-Ukraine tensions ease over the next few months “there will be both a reason for a bit more of a risk-on trade, which would be beneficial to the Canadian dollar, but also some help from the Bank of Canada, in so far as it front-loads rate hikes,” said Royce Mendes, director & head of macro strategy at Desjardins.

Canada’s central bank is expected to raise its overnight interest rate by half a percentage point at its next policy meeting on April 13, according to a majority of economists polled by Reuters, who also sharply raised their inflation forecasts for this year. [ECILT/CA]

The BoC has not raised rates by that magnitude since May 2000. Last month, the central bank moved by the quarter-percentage-point increment it usually favors as it hiked for the first time since October 2018.

With the Ukraine crisis driving demand for the safe-haven U.S. dollar, the loonie has not benefited as much as it normally does from surging oil prices. But that could change.

“I think there is still scope for a boost as investors digest some of the positive impact those higher commodity prices are having on the Canadian economy,” said Stephen Brown, senior Canada economist at Capital Economics.

Canada is a major producer of energy products, helping to drive exports to a record high in February. Economists anticipate more gains for exports ahead.

But another key part of the economy, the housing market, has started to lose some momentum.

That could be an early sign there are limitations on how high the Bank of Canada will be prepared to lift rates in the current tightening cycle, at least compared to the Federal Reserve.

“The recovery in Canada has been so much more dependent (than the United States) on residential investment and house prices more generally and obviously those are more sensitive to interest rate hikes,” Brown said.

(For other stories from the April Reuters foreign exchange poll:) 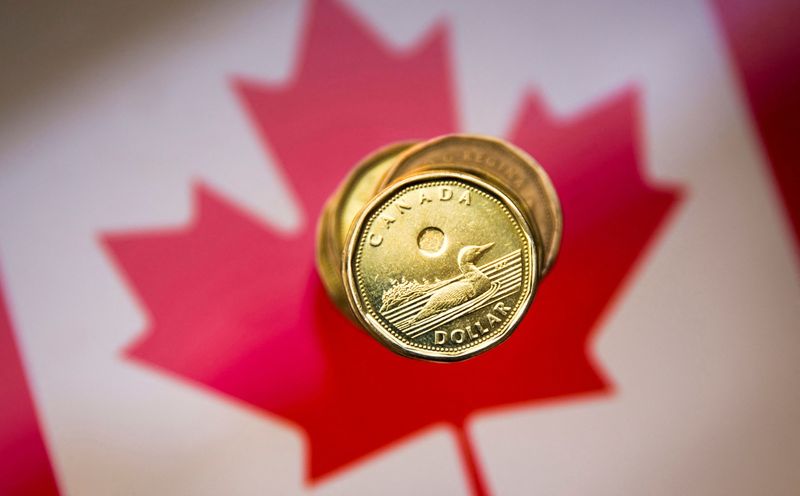