SANTIAGO – Chile’s President Gabriel Boric announced on Thursday a $3.7 billion economic recovery plan that includes a hike in the minimum wage, subsidies and financing for sectors of the economy still battling fallout from the COVID-19 pandemic.

“We all know we’re living through hard times and it’s our duty from the government to work to alleviate those worries you have,” Boric, a leftist who took power last month, said in a news conference.

Citing rising prices and inflation, he said the government would freeze public transit fares for the rest of the year and subsidize fuel prices.

Boric, a former student protester, also announced that food scholarships for students would increase by 15%. That was the main demand of the first organized protest during his presidency in March.

The plan also includes subsidies for parents of young children, a one-time payment for culture workers and $300 million fund for local governments to use for infrastructure.

Boric said the plan was aimed at helping those “who haven’t found private or state help to get ahead,” and will offer financing for small-scale miners and 100,000 small businesses without access to banks.

“We know this recovery plan is a starting point,” Boric said. “Big changes aren’t made overnight and for these changes to be sustainable, they have to be implemented responsibly.” 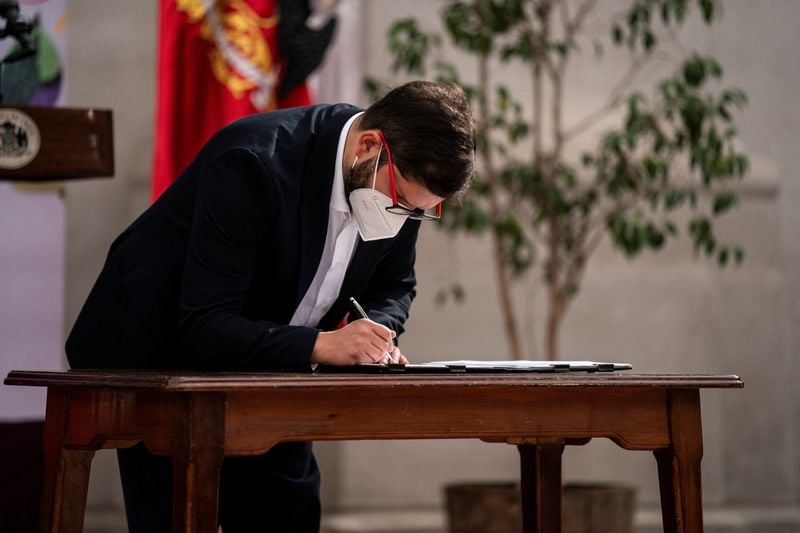