A Le Pen victory, while still unlikely, is now within the margins of error before the first voting round on Sunday, opinion polls show. While she no longer advocates ditching the euro, markets are uneasy about her agenda of protectionism, tax cuts and nationalisation.

Berenberg analysts, who now assign a 30% chance to a Le Pen win versus 10% previously, said Le Pen would “throw sand in the gears of the EU. While she would not be able to roll back European integration, further progress would likely stall.”

Exit polls from the first polling round will emerge between 1800-2000 GMT. There will be a televised debate on April 20 and a second round on April 24.

This is how various assets could react and how traders are hedging against downsides.

A Le Pen win in the first round could send the euro, currently around $1.09, down to $1.05, but if she won the presidency and also the June legislative elections, the euro could fall below parity to the dollar, Nomura analysts warned.

They said demand for FX hedges was adding to pressure.

Derivative markets show that risk reversals — or the ratio of puts to calls — over the one-week period covering the first election round have flipped firmly in favour of puts or option contracts expecting more euro weakness.


Refinitiv data shows investors have bought put options on euro/dollar between $1.07-$1.08 levels in recent days and one trader said it is now 10% costlier than last week to buy a euro put against the dollar at $1.08.

Nomura recommends buying put spreads expiring in a month’s time as that covers both polling dates.

“The rise in the French election risk premium could weigh on the euro until the second round on 24 April,” said Samy Chaar, chief economist at Lombard Odier in Geneva.

In bond markets, the spread between the yield of 10-year French and German government bonds — essentially the risk premium on French debt — has risen to 54 basis points, levels unseen since the 2020 market crash.

Spreads are well below levels seen at the height of the “Frexit” worries of 2017, but banks say clients have become more averse to French risk.


Open interest has risen while prices on both French and Italian bond futures have fallen. That is indicative of a build-up of short positions, said UBS strategist Rohan Khanna.

“I think there is appreciation of the fact that a Le Pen victory is an EU-level question,” Khanna said.

Italian bonds “become your principal instrument to short given all the fragilities in the Italian system.”

Societe Generale estimates a Le Pen win carries a maximum drawdown risk of 8% on French stocks. But they saw small- and mid-cap firms at greater risk than the internationally exposed CAC 40 Paris benchmark.

However, traders reported little equity hedging activity. The choice, instead, appears to be to sell bank stocks and holders of motorway concessions like Eiffage and Vinci, which may be targeted for nationalisation by Le Pen.

A chill has fallen over French dealmaking activity, according to one trader, who said, “none of my contacts has mentioned anything for weeks.” 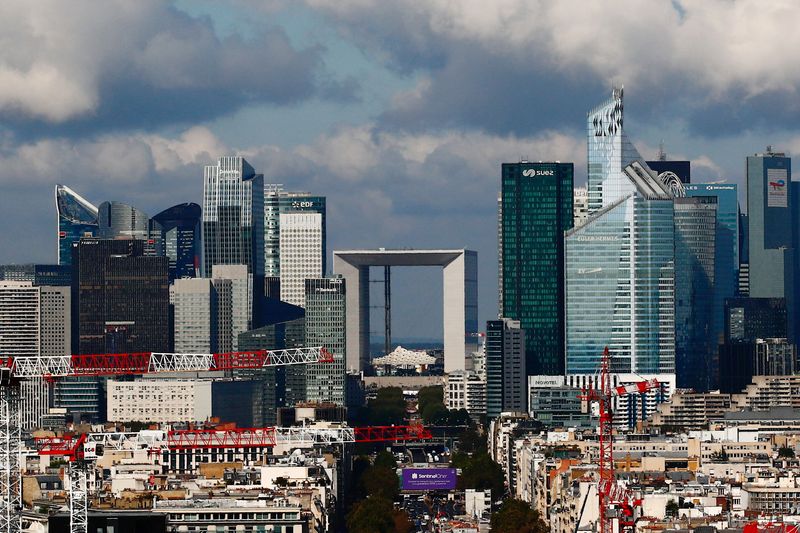 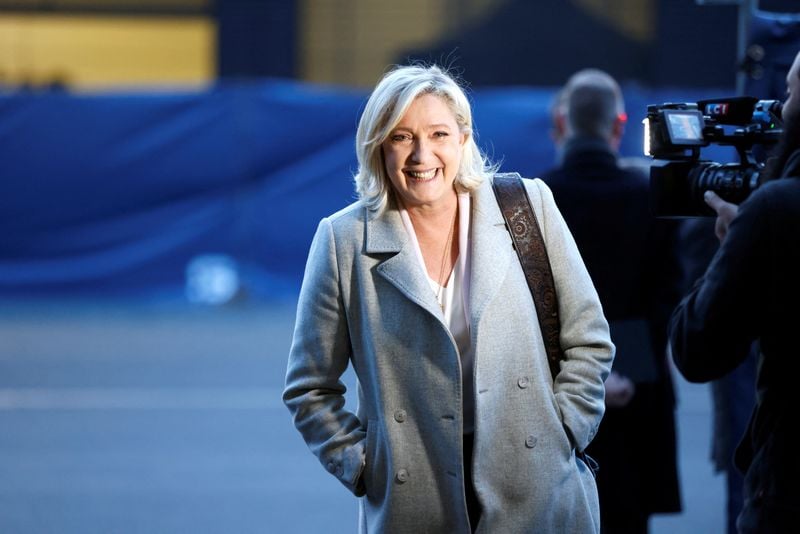