ATHENS (Reuters) – Greek Prime Minister Kyriakos Mitsotakis urged Europe on Thursday to quickly find a way to address soaring gas and power prices, which have dented household income, or risk seeing the “forces of populism” reappear on the continent.

Energy prices have soared since last year and Russia’s invasion of Ukraine has pushed them further up, prompting the European Union to pledge to cut its use of Russian gas by two-thirds this year by increasing imports from other countries and expanding renewable energy.

Greece, which was emerging from a decade-long financial crisis when the coronavirus pandemic hit in 2020, has spent nearly four billion euros ($4.36 billion) since last year to subsidise power and gas bills for households and businesses.

Mitsotakis called on Europe to agree on a joint response to soaring energy costs.

“It is not sustainable to impose this burden on our citizens, especially when we’re talking about prices of natural gas that do not reflect the fundamentals of supply and demand,” he said during a meeting with EU Energy Commissioner Kadri Simson in Athens.

“If we don’t succeed in addressing this issue, forces of populism would reemerge in Europe,” he said adding that the EU should consider several options, including a Greek proposal for capping gas prices and quickly breaking the link between gas and electricity prices.

European governments are racing to build a buffer of stored gas ahead before the next winter, to help cope with potential supply disruptions from Russia, which supplies 40% of the EU’s gas needs.

The European Commission last month proposed legislation requiring EU countries to fill their gas storage to 80% of capacity this year.

Under a plan to secure its energy supplies if Russia halts gas flows, the Greek gas grid operator will get a new floating tank in the coming weeks to boost the storage capacity of Greece’s sole liquefied natural gas terminal, Energy Minister Kostas Skrekas said on Thursday.


The Revithoussa terminal off Athens can now store 225,000 cubic metres of gas.

The aim was to ramp up the terminal’s capacity by 150,000 cubic metres, two sources close to the matter told Reuters. 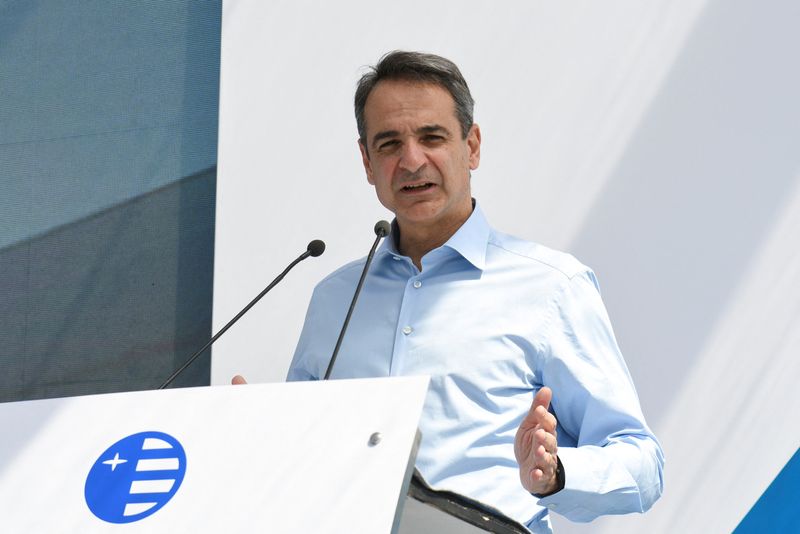